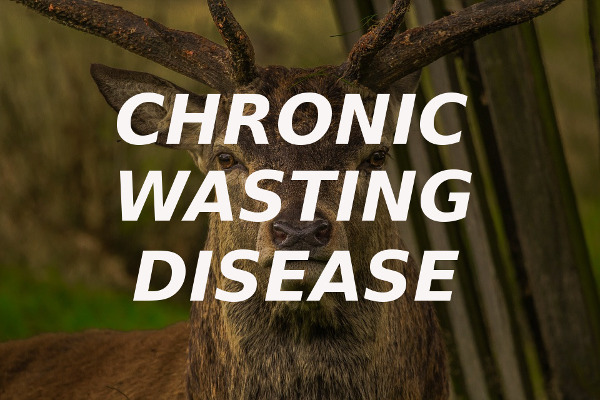 Harrisburg, PA – The Pennsylvania Game Commission has a new plan for battling what many consider the biggest wildlife-management challenge of the 21st century.

And it’s counting on hunters to help put it into action.

Acting at its quarterly meeting today, the agency’s Board of Commissioners unanimously adopted a new Chronic Wasting Disease Response Plan. It focuses on prevention, surveillance and management of CWD, an always-fatal neurological disease caused by misfolded proteins – called prions – that affect white-tailed deer, elk and other cervid species.

CWD was first detected in Pennsylvania in a captive deer facility in 2012. It was found in free-ranging deer just a few months later.

In the years since, it’s expanded both geographically and in a growing percentage of the deer infected with CWD.

That’s not good for anyone. Too much remains unknown about CWD and how it may impact humans, agriculture, and Pennsylvania’s deer and elk populations.

But what’s clear is the Game Commission’s mission, which is to “manage Pennsylvania’s wild birds, wild mammals, and their habitats for current and future generations.” So it’s taking additional steps to mitigate the effects of the disease.

The resulting response plan is not the Game Commission’s creation alone, though.

The Game Commission sought public input on the plan over a five-month period from September 2019 through February 2020. It received 447 comments. Scientific experts from other agencies and organizations also contributed.

Those comments led to substantial changes to the plan. Accordingly, the Game Commission put a revised version of the plan out for a second round of public review in the spring.

The public, agencies, and organizations submitted an additional 438 comments. Those were incorporated into the final version of the plan ultimately accepted by the Board of Commissioners.

“Development of this plan was truly a collaborative effort,” said Pennsylvania Game Commission Executive Director Bryan Burhans. “Our wildlife-management staff consulted with many of the nation’s leading CWD experts from both the public and private sectors. Agency staff also took into account the many, many comments we received from passionate deer hunters all across the state over a months-long public comment process.

“The result is a plan that’s based on the very best available science and puts our hunters first in line when it comes to opportunities to manage this disease.”

National sportsmen’s groups focused on deer and deer hunting praised the document for melding science with the passion of hunters.

“The PGC has gone the extra mile when it comes to informing people about CWD and why it’s so important that the disease is managed to protect the future of Pennsylvania’s precious wild deer resource,” said Nick Pinizzotto, President and CEO of the National Deer Alliance

“In addition, the agency made it a priority to get input on the plan from experts across the country who have various experiences dealing with the issue, which is a sign of strong leadership. We fully endorse the agency’s effort to manage CWD, working closely with hunters, who will be critical to the plans successful implementation.”

“CWD will require a stronger working relationship between the Game Commission, hunters and landowners than any other deer-related issue has previously or likely will in the future,” agreed Kip Adams, Director of Conservation for the Quality Deer Management Association.

“There haven’t been a lot of victories with CWD, but the agency’s plan to make hunters the key part of the solution is critical to its success. We fully support that the plan is science driven and complemented with enhanced public engagement.”

While there’s a lot that remains uncertain about CWD, containing the disease where it already exists and keeping prevalence rates low is critical. And right now, the best available science suggests that the only practical way to reach those dual goals and address CWD on the landscape is by reducing deer abundance.

Hunters can contribute by participating in Enhanced Surveillance Units. They are areas around certain high priority CWD-positive animals. Samples collected within an ESU will determine the extent of infection in areas at the leading edge of disease expansion.

Hunters will have increased opportunities to harvest deer in ESUs. That doesn’t equate to eliminating deer herds. The response plan calls for reducing deer numbers in ESUs by only one additional deer per square mile. That’s one deer for every 640 acres – or 485 football fields worth – of landscape.

The commission will also manage CWD within Containment Zones, small areas immediately surrounding a new, isolated CWD detection. Harvests there will be carried out with landowner cooperation in an effort to remove deer that may have come in contact with that newly discovered CWD positive deer.

Together, the samples collected in Enhanced Surveillance Units and Containment Zones will allow the Game Commission to assess CWD and adequately monitor the effects of management actions, with the goal of slowing and hopefully stopping the spread of CWD.

“One of our primary goals is to prepare our staff, laboratory space and equipment so that we can provide hunters and the Game Commission with quick turn-around times on testing so decisions can be made in a timely manner.”

For example, it proposes a ban on the movement of high-risk parts – brains, spinal cords and spleens – from what’s called the state’s CWD “Established Area.” That’s where the disease is established on the landscape and where CWD is unlikely to be eradicated.

No one strategy will solve the state’s CWD problem in a short time period. Effectively mitigating the disease’s effects will require a consistent long-term effort.

“Chronic wasting disease is a serious threat to Pennsylvania’s hunting heritage, the biggest we’ve faced in our lifetimes,” said Pennsylvania Game Commission President Charles Fox. “The fight ahead of us will be a challenging one.

“We’re committed as an agency to doing everything we can to win this battle for the whitetails we hold so dear. But we can’t do it alone. We need the help of all Pennsylvanians, and especially our deer hunters, to help manage our deer herd as well as this disease.”

Fighting CWD is not a lost cause, experts agree. But it will require collaboration between wildlife managers and stakeholders to sustain the state’s hunting heritage and protect Pennsylvania’s deer and elk for current and future generations.

“The Game Commission’s CWD Response Plan represents new hope for Pennsylvania to contain this disease where it already exists and minimize new outbreaks,” said Krysten Schuler, wildlife disease ecologist at the Cornell Wildlife Health Lab. “We’ve seen what happens in other states choosing the ‘do nothing’ approach. CWD not only expands geographically, but disease prevalence rates within deer herds climbs exponentially.

“That doesn’t have to be Pennsylvania’s future. If the commission and hunters partner now to support disease response actions, deer and deer hunting can both continue to thrive in Pennsylvania for the long term.”