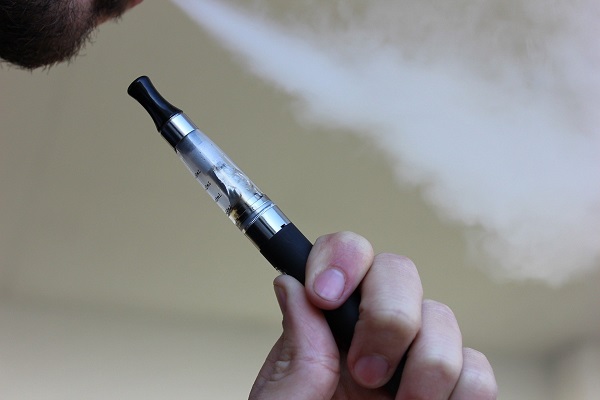 Harrisburg, PA (AP) — The Pennsylvania attorney general’s office is suing electronic cigarette manufacturer Juul over how its products are marketed and sold to teenagers.

The office on Monday filed a complaint in Philadelphia court, seeking an injunction to halt its e-cigarette sales in Pennsylvania force it to dramatically change business practices.

A Juul Labs Inc. spokesman says the company hasn’t reviewed the complaint but wants to focus on combating underage use and converting adult smokers from traditional cigarettes.

Similar lawsuits have been filed in other states, including New York, Minnesota and California.

Harrisburg, PA – Attorney General Josh Shapiro announced his office is filing a lawsuit against JUUL Labs for violating Pennsylvania’s Unfair Trade Practices and Consumer Protection law and jeopardizing the health of Pennsylvanians, in particular the young people JUUL targeted with their products.

Attorney General Shapiro’s lawsuit calls for JUUL to cease sales in Pennsylvania of their products.

Shapiro’s suit alleges JUUL’s actions violated the law by strategically targeting young people with “kid-friendly” flavors, chemically enhancing the amounts of nicotine and its absorption rate in the products, and rushing to market before providing proof of the safety of their product. The complaint also alleges that the company is liable for not disclosing the health risks of JUUL products.

“JUUL knowingly targeted young people with tactics similar to the tobacco companies’ playbook,” said Attorney General Shapiro. “There is no proof these e-cigarettes are safe and until there is, we need to get JUUL products off shelves and out of the hands of young people.”

“JUUL manipulated data to deceive consumers about the nicotine content of its products. First JUUL estimated their products delivered substantially more nicotine than its competitors in a patent, and then doubled back to say the products were comparable to an average cigarette.

“They disregarded their growing audience of young users, taking no action, as their profit margins skyrocketed on the backs of American kids.”

The complaint alleges JUUL “deliberately and cynically” marketed its products to young people in Pennsylvania, as a result, approximately 28 percent of American high school and middle school students are e-cigarette users. The company also led consumers to believe JUUL devices helped people stop smoking, while the engineer behind its flavors stated the company was “not trying to design a cessation product at all.”

The complaint also describes the deceptive marketing tactics employed by JUUL to target Pennsylvania youth, including its “Vaporized Campaign” on social media and in convenience stores. This campaign’s focus on social media attracted the interest of young people, many of whom were under 18 at the time of JUUL’s debut in 2015.

Attorney General Shapiro is asking the Court to, among other things, take JUUL devices out of production altogether. If the Court does not agree, the Attorney General’s office is asking the Court impose restrictions on the way the JUUL product is designed, marketed, and sold, and to require the company to pay for youth-oriented prevention programs, public health research, and nicotine cessation programs to help abate the harms they’ve already caused.