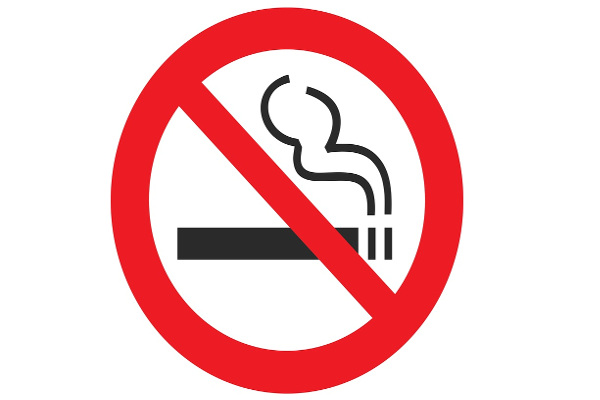 Harrisburg, PA – Department of Conservation and Natural Resources Secretary Cindy Adams Dunn and Health Secretary Dr. Rachel Levine announced a ban on all forms of tobacco, vaping, and e-cigarettes at playgrounds in all state parks.

“Directly in line with our parks’ mission of promoting healthy lifestyles, their playgrounds join the growing number of county, borough and township park facilities that embrace the ‘Young Lungs at Play’ program and now forbid tobacco use,” Dunn said. “Our children should be guaranteed the right to play in clean air and healthy areas that are free of secondhand smoke.”

As part of the Pennsylvania Department of Health’s “Young Lungs at Play” program, all forms of tobacco, vaping, and e-cigarettes no longer will be permitted within 30 feet of state park playground facilities.

“Adding our beloved and beautiful state park playgrounds to our ‘Young Lungs at Play’ program is another collaborative effort by the Wolf Administration to protect the health of Pennsylvanians,” Dr. Levine said. “We are proud to work with DCNR on this effort to reduce the exposure to secondhand smoke for children. The department is committed to promoting healthy behaviors, and that starts with our children and protecting them from potentially harmful exposures, such as secondhand smoke.”

The state park playground ban eliminates children’s exposure to secondhand smoke at 135 locations in the state’s 121 parks. Notification signs will be installed by Memorial Day, May 25, 2020.

In a related move, responding to visitor requests and support, DCNR in prior years has implemented smoking controls at 44 of its 54 swimming beaches at state parks throughout the state. Smoking is not permitted at state park pools.

The Young Lungs at Play initiative is funded through the Department of Health and American Lung Association.

Since June 2010, more than of 579 municipalities, including five counties, have joined Young Lungs at Play in Pennsylvania. These locations include parks, athletic fields, playgrounds, trails and even city streets and sidewalks to help protect children and the environment. In addition, 99 school districts, and 453 organizations have joined Young Lungs at Play and created tobacco free spaces.

In 2019, the Department of Health’s Tobacco and Cancer Programs partnered with DCNR to roll-out a cancer-prevention sunscreen initiative at Pennsylvania state parks. The Young Lungs at Play program complements the Sunscreen in the State Park Initiative the Division of Cancer Control and Prevention started with DCNR in 2017.