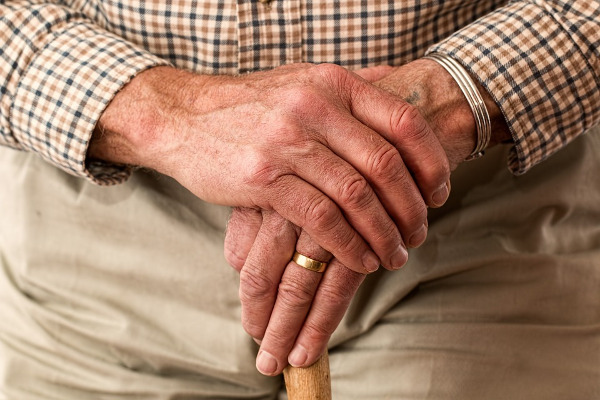 Harrisburg, PA – A new task force against the financial exploitation of older adults has been assembled in Pennsylvania​.

In a preliminary study done about financial scams and exploitation of the elderly, it was reported that the average victim was female, around 79 years old, widowed and living alone, with an income above the federal poverty guidelines.

Sixty-five percent of the perpetrators were family members, most of them adult children.

The average financial loss to each victim in the study was almost $40,000, totaling close to $12.5 million in the cases included in the study alone. Only one in 10 to one in 44 cases are ever reported.

Harrisburg, PA – Taking action to address the findings of its recently released statewide study of financial exploitation of older adults, the Pennsylvania Department of Aging (PDA) has convened an interdisciplinary task force of state agencies, aging, legal, financial, law enforcement and healthcare stakeholders and subject matter experts to discuss the issue of financial exploitation and focus on a multi-disciplinary approach to its prevention.

The formation of a task force was one of the five recommendations of PDA’s Financial Exploitation Study, released in September 2020. The task force is scheduled to meet through April 2021 with the goal of better coordinating efforts and supports for older adults to provide additional opportunities for the early detection and prevention of financial exploitation. Prior to assembling the task force, PDA convened a state interagency workgroup to explore collaborations between agencies and to develop recommendations for the task force to consider.

“Financial exploitation causes significant harm to older adults and we know it is significantly underreported. The department felt it was imperative to bring together stakeholders who work closely with older adults and discuss how financial exploitation occurs and ways to prevent and stop it,” said Secretary of Aging Robert Torres, who is chairing the task force. “I am pleased with the great feedback we received during the first meeting. Some members even made connections to work with one another outside of the task force. I look forward to seeing tangible results from these collaborations and the work of this task force to help protect vulnerable older adults.”

PDA conducted the financial exploitation study in response to Governor Wolf’s 2019 Executive Order on protecting vulnerable populations. The study examined several hundred substantiated financial exploitation cases investigated by 10 local Area Agencies on Aging, covering 14 Pennsylvania counties. The study reported that the average victim was female, around 79 years old, widowed and living alone, with an income above the federal poverty guidelines. Sixty-five percent of the perpetrators were family members, most of them adult children. The average financial loss to each victim in the study was almost $40,000, totaling close to $12.5 million in the cases included in the study alone. Only one in 10 to one in 44 cases are ever reported. As a result, estimated losses, including unreported cases, for fiscal year 2017/2018, could have been as high as $2.5 billion.

During the task force’s inaugural meeting, representatives from Temple University’s Institute on Protective Services and the director of the Lackawanna County Area Agency on Aging (AAA) presented case studies and how they have been handling incidents of financial exploitation. Lackawanna County AAA is one of multiple AAAs in the commonwealth that have established some type of Elder Abuse Task Force to monitor all forms of elder abuse in their local service area.

“I think the Financial Exploitation Task Force can provide the AAA network and all those serving this vulnerable population with critical resources to strategize solutions and a forum to talk through complex cases involving financial exploitation. I hope my contribution and participation can reinforce the importance of engaging and working with our communities to find better ways to message and combat exploitation, said Jason Kavulich, Lackawanna County AAA director and task force member. “Eliminating stigma and providing older adults with multiple avenues to discuss their concerns can only serve them better.”

“PA Bankers Association appreciates the opportunity to provide input and guidance to the work of the Department of Aging’s Financial Exploitation Task Force. Our members are on the frontlines each day protecting their elderly customers’ assets and understand the types of activities that those who are less scrupulous undertake against our most vulnerable population,” said Daniel Reisteter, Pennsylvania Bankers Association and task force member. “We applaud the department for the formation of this task force and look forward to partnering with other stakeholders to develop further practices, policies and statutory changes to prevent this type of financial exploitation.”

Other members of the task force are:

The entire Financial Exploitation Study report can be found here.

Learn more about other programs offered by the Pennsylvania Department of Aging here.