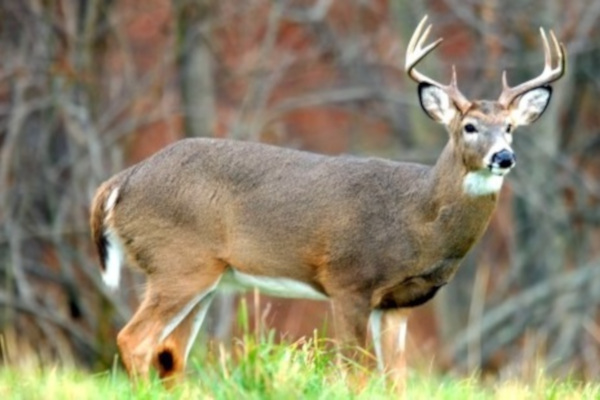 Jefferson County, PA – One of the teens who recorded a viral video of themselves kicking and abusing a deer has been sentenced, although the punishment was not as harsh as initially expected.

Last Wednesday, May 6, Alex Smith entered a negotiated plea of guilty to a misdemeanor charge of cruelty to animals, and four summary offenses.

In November of 2019, Smith and another teen boy were identified and charged after a video showed the pair abusing an injured whitetail deer. Smith received a sentence of 2 years probation and $2,150 in fines.

His hunting privileges have been revoked for the next 15 years. He’s also expected to speak in front of hunter safety courses, youth groups, and schools, as well as complete 200 hours of community service.

However, the teen were originally charged with multiple felonies for aggravated animal cruelty and conspiracy to commit animal cruelty. Those felonies have not come to pass.

“There was certainly a huge outcry from certain segments of the public on this case. This was because it was captured on video and everyone could see the crimes being committed. Certainly, these videos were repulsive and no decent person could ever condone what was depicted in them. Notwithstanding the public outcry, we are bound by law, facts, and sentencing guidelines. After numerous consultations with officers from the Pennsylvania Game Commission, county detectives, other law enforcement officers, and the Western District United States Attorney’s Office, we were convinced that the misdemeanor Cruelty to Animals charge was the one that fit the facts of the case. The sentencing guidelines for that charge call for the probationary sentence. Also, we obtained an extensive revocation of Smith’s hunting privileges until well into his 30s.”

“I want to thank the officers of the Pennsylvania Game Commission who worked very hard on this case and were an invaluable source of counsel and wisdom in bringing this matter to a successful resolution.”

There is no word currently about any court appearances for the 17-year-old boy who was also involved in the video. He faces charges in juvenile court.