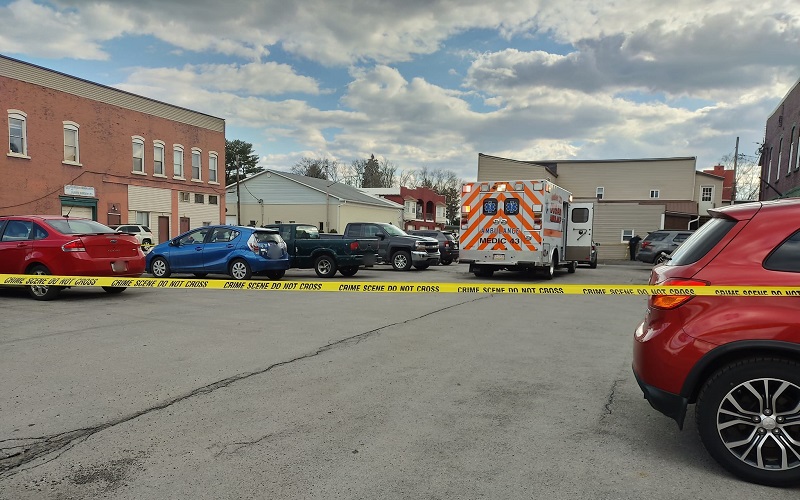 DuBois, PA – One person was reportedly killed in a shooting in DuBois Thursday afternoon, and the suspect is in custody.

Official details remain limited, but the victim has been named by the Clearfield County Coroner as 46-year-old Jude Srock on DuBois.

DuBois City Police Chief Blaine Clark announced the name of the alleged suspect, 60-year-old Glen Johnston of DuBois, who is in custody at the Clearfield County Jail.

It happened in a parking lot on South Franklin Street near West Long Avenue in DuBois around 4:15 Thursday.

Officers arrived within two minutes and found a 46-year-old man on the ground with a gunshot wound to the head. Information was gathered on scene. Officers from the City Police, Sandy Township Police, PA State Police, Penn State Police, Lawrence Township Police, Clearfield Borough Police and Curwensville Borough Police set up a perimeter to locate the alleged suspect.

The suspect, 60-year-old Glen Johnston, was located near Stanley Road, a traffic stop was performed by the PA State Police, and the subject was taken into custody without incident.

Police say at no time was the community in danger.

Chief Clark did not give an exact motive for the shooting, but said that it was “domestic”. He says it was not drug-related or an active shooting situation.

Police would like to thank the entire community for their assistance, donations and prayers.

Chief Blaine Clark from the DuBois City Police Department gave his official statement on the incident, giving the timeline of what happened and thanking the community.

$130,000 in cash and jewelry stolen from Burnside Township home