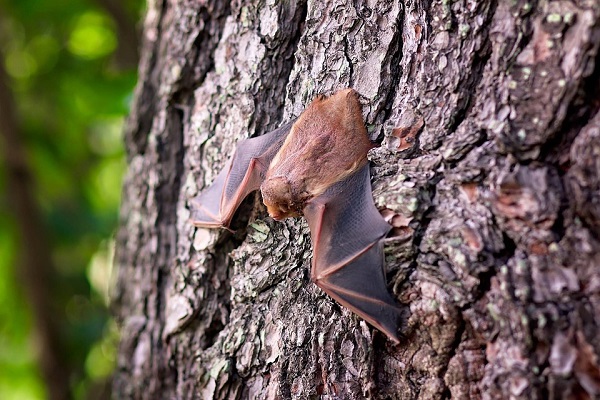 Standing dead trees along roads provide important habitat for the bats, which roost and rear their young in the cavities and loose bark.

“It is critical we work to protect bats because of their importance in maintaining a healthy ecosystem,” said State Forester Ellen Shultzabarger. “DCNR understands that firewood is an important source of fuel for locals. We are providing this guidance to help ensure those who rely on firewood are able to collect it without disturbing the habitats of these bats at critical times during their life cycles.”

Bats are vulnerable in April and at certain points throughout the year because they are still waking up or require dead trees as habitats to rear flightless young bats.

Cutting also will be limited on designated roads in Bald Eagle, Pinchot, and Rothrock state forest districts between Sept. 1 through Nov. 1 and between April 1 and May 14, 2022.

Roads in these districts were chosen because they had the highest quality habitat for the bats that were vulnerable to firewood cutting.

Bats are essential in managing insect pests and contribute to forest health. In Pennsylvania, bats are insectivores eating at up to 1,000 mosquito-sized insects in an hour and consuming as much as 25 percent of their body mass in a single feeding event. Pregnant or nursing females can consume their body weight in insects each night.

The conservation measures are included in a Bat Habitat Conservation Plan prepared by DCNR and the Pennsylvania Game Commission and approved by the U.S. Fish and Wildlife Service which identifies activities that may impact bats and presents avoidance strategies.

Those with questions are encouraged to contact their local district forest office for specific details for how these conservation measures are applied in your area and for detailed maps of areas where firewood harvesting is limited.