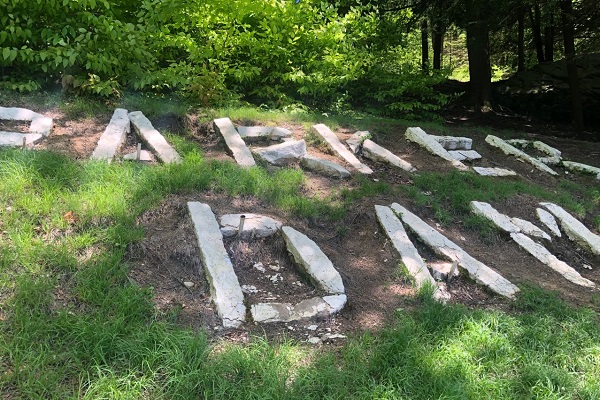 “Nathan brings a wide range of skills and qualifications to his latest assignment with our Bureau of State Parks,” said Dunn. “That translates into a more enjoyable and rewarding experience ahead for the more than 200,0000 visitors who come each year to Parker Dam and Simon B. Elliott state parks. Both are strong drawing cards within our Pennsylvania Wilds.”

At Parker Dam, Hardic will oversee a 968-acre park that features uninhibited charm and character. A rustic, remote park in the heart of Moshannon State Forest, Parker Dam offers picturesque forests, swamp meadows, pine plantations and mixed hardwoods. In addition, visitors are drawn to the park’s scenic lake, quaint campground and forestlands, and the Lou and Helen Adams Civilian Conservation Corps Museum focusing on life and times of corps members.

Entirely wooded with second growth of oak and other hardwoods, Simon B. Elliott State Park is a 318-acre tract also surrounded by Moshannon State Forest.

“I am excited to be a part of a state park complex that is such a special place to so many people, and holds such a rich history,” Hardic said. “I am looking forward to working with a talented group of park staff and volunteers, and being a part of the Pennsylvania Wilds.”

Hardic, 34, succeeds James McCorkle, who was named manager at the Shawnee State Park Complex based in Bedford County.

The new Parker Dam complex manager began his professional career as a Law Enforcement Ranger for the National Park Service at the Niobrara National Scenic River in Valentine, Nebraska. He joined DCNR in 2012 as a park ranger at the Little Pine State Park Complex, Lycoming County, where he later was named a DCNR Ranger at the same complex. He later served as a ranger at Yellow Creek State Park, Indiana County, before entering the bureau’s Bedford County-based Region 3 manager trainee program. Later assignments included the manager’s post at Memorial Lake State Park, Lebanon County, and his most recent assistant manager’s position at Laurel Hill.

A native of Turbotville, Northampton County, Hardic attended Slippery Rock University of Pennsylvania, majoring in parks and resource management. He resides with his wife, Ashley.