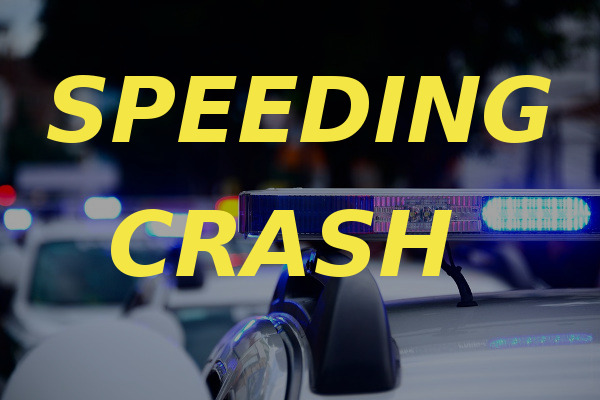 Clearfield and Jefferson Counties, PA – Police reports are showing several car crashes around the Clearfield, Jefferson, and Elk County area, although thankfully the majority of these ended with just minor injuries.

According to police, in most of these most recent crashes, the drivers had been speeding or going too fast for road conditions, leading to the accidents.

59-year-old Terry Kelly from Penfield had been driving her Honda Fit too fast for road conditions on State Park Road in Huston Township on Wednesday morning, around 8:22 a.m. Her vehicle struck an embankment, then struck a tree, and overturned. She was taken to Penn Highlands DuBois by ambulance for injuries of unknown severity. Kelly had not been wearing her seat belt.

41-year-old Megan Lewis from Summerville had been driving her Ford Escape too fast for road conditions on Heathville Ohl Road in Beaver Township on Thursday morning, around 7:35 a.m. She went off the side of the road, went into a ditch, then flipped the vehicle forward onto its roof. Lewis was taken to Penn Highlands Brookville by ambulance for minor injuries. She had not been wearing her seat belt.

41-year-old Laurie Howser from Sigel had been driving her Jeep Liberty too fast for road conditions on Route 949 in Union Township on Tuesday morning, around 7:49 a.m. Her rear tires lost traction going around a curve. Her vehicle struck a mailbox, went through a yard, and collided with a house. Howser had a minor abrasion to her forehead and refused medical treatment. She had been wearing her seat belt.

28-year-old Richard Buterbaugh from Bradford had been driving his Chevrolet Camaro too fast for road conditions on Burning Well Road in Jones Township on Thursday afternoon, around 5:12 p.m. He lost control, went to the opposite side of the road, and rolled his vehicle over. Buterbaugh had been wearing his seat belt and was not injured.