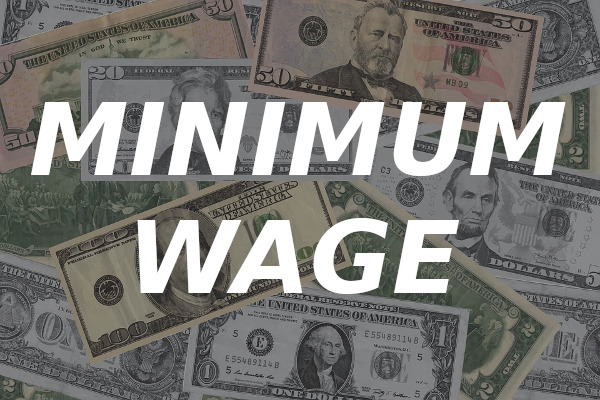 Harrisburg, PA – Starting Monday, all commonwealth employees will make at least a minimum wage of $15 per hour. This only applies to any employee directly under the governor’s jurisdiction. Then starting in July, Wolf says the $15 minimum wage will affect organizations receiving state contracts.

Pennsylvania has not raised the minimum wage from $7.25 in 13 years. Gov. Wolf says he’s renewing his call on the House and Senate to increase the minimum wage for all employees, not just those working for the PA government.

According to a new report from the National Employment Law Project, 21 states raised their minimum wages on Jan. 1, 2022. Four more states have increases slated for later in the year.

The following is a press release from the office of PA Gov. Tom Wolf:

Harrisburg, PA – Governor Tom Wolf announced that the Commonwealth of Pennsylvania will fulfill its commitment to raise the minimum wage for commonwealth employees to $15 per hour by January 31, 2022.

“I am committed to supporting workers, creating family-sustaining jobs and ensuring that, in Pennsylvania, hard work is rewarded fairly,” said Gov. Wolf. “In 2018, I made a promise to our state workers, to ensure that they are fairly compensated for their service to our commonwealth.

“Increases in the minimum wage raise employee morale, productivity and work quality, while lowering turnover and training costs. Accelerating the increase to $15 will better align worker salaries with the current cost of living, while providing even greater cost and efficiency savings for state government.”

Under Gov. Wolf’s leadership, the Commonwealth of Pennsylvania has taken steps to modernize its approach to work and position itself as a model public sector employer for the 21st century. Improvements such as raising the minimum wage put the commonwealth in a strong position to attract and retain skilled workers, while better supporting workers and families in Pennsylvania. In the face of a lack of action by the General Assembly to raise the minimum wage for all workers, Gov. Wolf encourages all employers to follow suit and take action to ensure fair pay for hard work.

Gov. Wolf has fought for workers’ rights and fair wages throughout his administration. Most recently, in the fall of 2021, the governor took executive action directing the Department of Community and Economic Development to verify businesses receiving an offer of assistance provide workers paid sick leave and pay no less than the minimum wage for state employees before making a financial incentive offer.

Gov. Wolf is also renewing his call for the Republican-controlled General Assembly to raise the minimum wage for all workers in Pennsylvania.

“Pennsylvanians deserve to be paid fairly for their work, but for too many Pennsylvanians, fair pay is just a dream because of Pennsylvania’s embarrassingly low minimum wage,” said Gov. Wolf. “The fact that Pennsylvania’s minimum wage hasn’t increased in 13 years is an embarrassment. It’s an insult to hardworking Pennsylvanians who are doing the same amount of work but finding that their paychecks cover less and less every single year.

“Over the past decade, the cost of food, gas and just about everything else has gone up, but the purchasing power of our minimum wage has dropped by nearly 17 percent. Compared to 50 years ago, the minimum wage has lost 31 percent of its value. That means today’s workers have to work 31 percent more hours to earn the standard of living that was considered the bare minimum half a century ago.

“Pennsylvanians are getting left behind the rest of the nation because of our low minimum wage, and it’s just not right. I call on the Republican leaders in the General Assembly to pass legislation to raise the wage for Pennsylvanians and give our workers the boost they need and deserve.”

Gov. Wolf has proposed a minimum wage increase each year he has been in office. The governor is again urging the General Assembly to pass S.B. 12, sponsored by Sen. Tartaglione, or H.B. 345, sponsored by Rep. Patty Kim, to raise Pennsylvania’s minimum wage to $12 an hour with a path to $15 an hour.

Increasing the minimum wage is good for workers and the economy. Boosting wages provides workers with more income to purchase items they most need, which generates business for the local economy and reduces costs for state services. Studies have shown that when the minimum wage goes up, workers keep their jobs. In fact, economist David Card won a Nobel Prize in 2021 in part for research showing that minimum wage increases do not hinder hiring.

According to a new report from the National Employment Law Project, 21 states raised their minimum wages on Jan. 1, 2022. Four more states have increases slated for later in the year.

Eight states are on a path to $15, including red states, and President ​Joe Biden is raising the federal minimum wage for contractors to $15. Overall, 30 other states have a higher minimum wage than Pennsylvania, leaving our workers behind with a wage floor of only $7.25.

Raising the minimum wage would also help to close the pay gap. Women and people of color will gain stronger financial stability with a $15 minimum wage. Six in ten workers who would get a pay boost are women, representing nearly 24 percent of all women in the state. Additionally, 35 percent of Hispanic workers, 29 percent of Black workers and 18 percent of Asian workers would directly benefit. 75 percent of the workers who would earn more for their hard work are age 20 or older and nearly 40 percent work full-time.

Rural workers stand to gain the most from raising the minimum wage. The highest percentage of workers who would get a raise with a $15 minimum wage are in 29 rural counties, according to findings from the Keystone Research Center.

“Raising the minimum wage is about providing sustainability for working families,” said Gov. Wolf. “It’s about ensuring that Pennsylvanians aren’t being left behind. And it’s about putting our commonwealth on the path to a brighter economic future.”