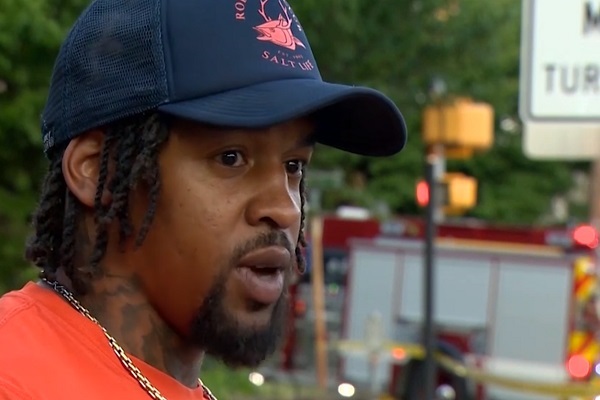 Pennsylvania (AP News) – Making state news, a Pennsylvania man is being credited with saving a Uniontown Police officer’s life after he helped pull him from a burning car Sunday night.

The police vehicle started to catch fire after the vehicle had been in a crash in Uniontown, Fayette County, about 45 miles south of Pittsburgh. That’s when an innocent bystander came to the cop’s rescue.

Daylan McLee said he didn’t hesitate to save a human life.

The 31-year-old black man has had several bad interactions with police officers, having filed a wrongful arrest lawsuit against Pennsylvania State Police after he spent a year in jail before being acquitted in a situation where video showed he had disarmed a gunman, not pointed a gun at officers.

McLee said Monday he wants more people to look at individuals and not judge all police based on one interaction.

The police officer was not seriously hurt.

Photo and video credit to ABC News and WTAE, who covered the story.