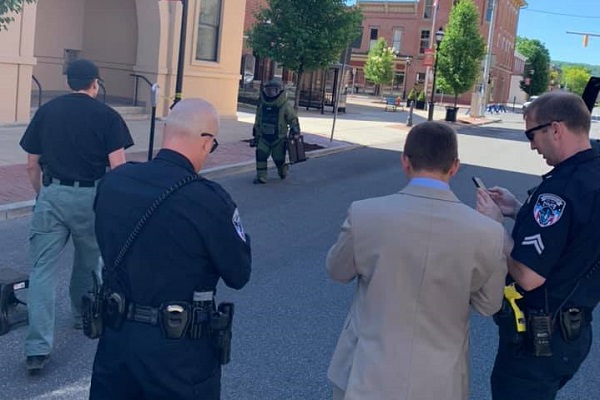 Clearfield, PA – Clearfield Borough Police aren’t releasing many details about who left the suspicious box at the Clearfield County Courthouse on Monday, drawing an a bomb squad.

However, they do say the man is known to police and charges of facsimile weapons of mass destruction and disorderly conduct are being filed against him.

The box, although suspicious, turned out to be a false alarm.