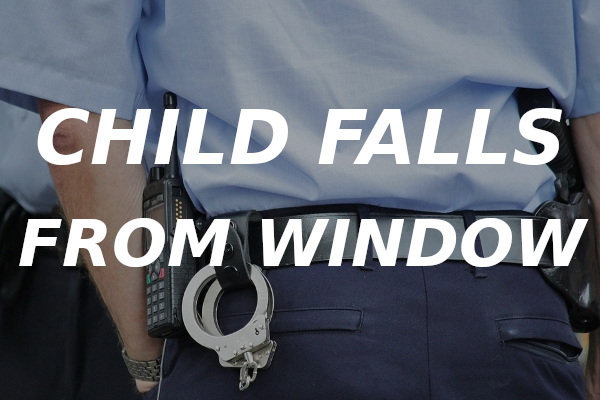 Delancey, PA – A Jefferson County man is facing multiple felony charges after a little girl fell from a second-story window while she was locked inside of a bedroom.

31-year-old Dustin Gaul from Delancey is charged with two felony counts of the unlawful restraint of a minor by a parent with risk of bodily injury, plus three felony counts of endangering the welfare of children.

State Police in Punxsutawney say it happened at Gaul’s home in the 400 block of Adrian Road in Young Township on Sunday, March 1.

A citizen was on scene when troopers arrived, and he was holding a 3-year-old girl, who was visibly injured.

Another young girl, a 7-year-old, was spotted in the second-floor window. She told police that she was locked in her room and that her sister fell out the window.

When police knocked on the door, Dustin Gual answered and was apparently unaware of the situation. He says he had locked the two girls in their room while he was taking a nap.

A 15-month-old baby boy was found unsupervised in the apartment as well.

The 3-year-old girl was taken to the hospital as a precaution.

Gaul was charged and later released after posting 10 percent of a $25,000 bail. There is no word yet on when his preliminary hearing will be.