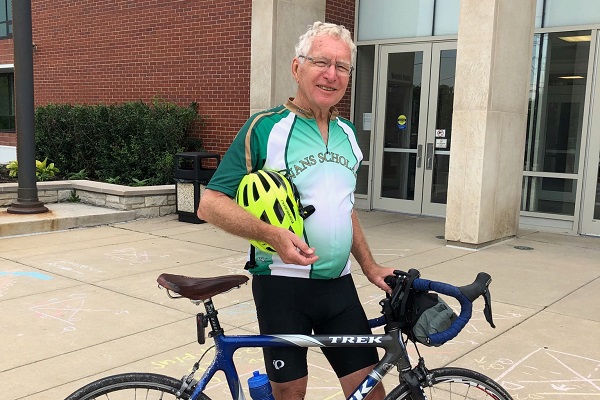 Clearfield, PA – A journey of more than 900 miles will begin Friday as 80-year-old John Farr will push off on his bicycle from Myrtle Beach, heading back home for Clearfield County.

Habitat works to make home ownership possible for areas of poverty, building and renovating homes in efforts to allow people to have decent and affordable housing. Applicants pay a no-interest mortgage for their home and are expected to put time and effort into building it.

The next Clearfield County project is beginning shortly on Reed Street in Clearfield, and they’re expecting other projects to start in DuBois, Clearfield, and Curwensville next year or shortly after.

Even when the ride had to be modified slightly due to the pandemic in 2020, the Bike2Build ride raised a record amount of $23,350. During the past two decades, John’s ride has raised more than $175,000 total. They’re hoping for another great turnout this year.

John Farr’s Bike2Build ride will last about 15 days, as John is expected to arrive back in Clearfield just in time for for the Clearfield Revitalization Corporation’s Fall Festival on Saturday, Oct. 9.

Starting Friday, you can track John’s progress and make donations at www.Bike2Build.org.

Want to volunteer or apply for Habitat for Humanity? Visit their main website at www.clearfieldhabitat.com.