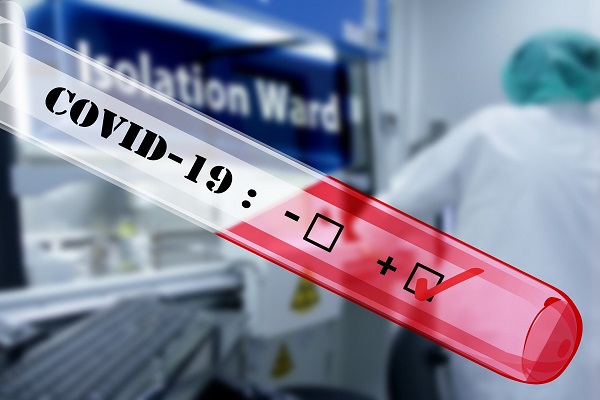 Harrisburg, PA – House Republicans recently fought for an emergency bill to expand testing in Pennsylvania on the front lines of the COVID-19 pandemic.  However, the plan was blocked by House Democrats, so the bill failed to proceed to the Senate.

Read the full statement from the House GOP below.

Harrisburg, PA – As daily announcements from Gov. Tom Wolf and Secretary of Health Dr. Rachel Levine say, expanded testing is the most crucial step in saving lives and helping Pennsylvania get back to normal. However, House Democrats disagreed today, blocking the two-thirds vote required to pass an emergency bill to expand testing to Pennsylvanians on the front lines of the COVID-19 pandemic.

“Pennsylvanians are gripped by fear and uncertainty as a result of COVID-19 and the administration’s handling of this pandemic,” House Majority Leader Bryan Cutler (R-Lancaster) said. “They fear they may unknowingly infect loved ones, fear their jobs and livelihoods may not recover and face uncertainty over when they can even leave their homes. Gov. Wolf and Secretary Levine are calling for increased tests, and House Republicans once again answered the call today to help those in need.”

The amendment to House Bill 2455 requires the administration to review the quantity of all tests statewide, and propose a timeline, plan and cost to disburse testing kits statewide with priority given to those at a higher risk of contracting the virus. A vote today required an affirmative vote by two-thirds of the House of Representatives; however, all Democrats but one voted ‘no,’ thus delaying a vote until the next session day.

“The answer to the concerns of millions of the state’s residents, many of whom are in vulnerable conditions, is increased testing. Our state does not have to guess who is and who is not carrying the virus. We can and should expand testing as other states are already doing. I am disappointed in our democratic colleagues for choosing political games at a time when our residents demand action. We are in a national- and state- declared emergency; there is no time to waste.”

The amendment is one of more than two dozen proposals authored and advanced by House Republicans since the emergency order was declared that is a direct response to the COVID-19 pandemic. Caucus leaders, members and staff continue to act on behalf of millions of Pennsylvanians out of work and running out of time to protect and provide for their families as the shutdown continues.

“Gov. Wolf has followed our lead in acting to reopen huge portions of our state’s economy and revealed plans for a regional approach,” Cutler said. “Our actions show again and again we are acting to protect public health, mental health and the financial health of every Pennsylvanian.

“Our discussions with other states show that our administration is behind in planning for the level of testing it will take to protect our residents. Federal funds are available now to address this immediately. There is no excuse to be behind, and now thanks to misguided political decisions, residents in need will be forced to wait even longer for tests, risking further exposure and putting lives at risk.”