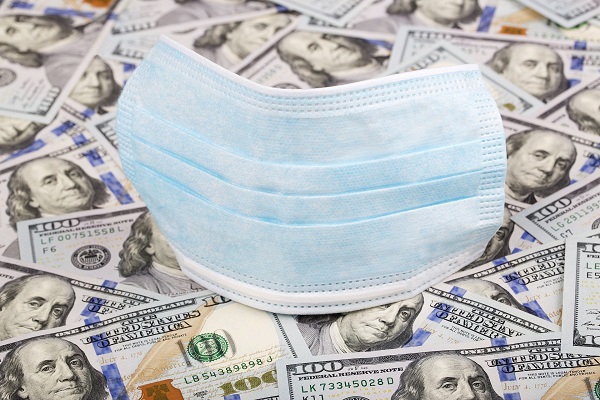 Pennsylvania – The House gave its final approval for a COVID-19 bill to provide $1,400-per-person stimulus payments for individuals earning under $80,000 and couples earning under $160,000.

It passed by just a hair with a party-line vote in Congress, with every Republican voting against the bill and nearly every Democrat voting for it.

As for our local Congressional Representative Glenn GT Thompson, he says he voted against the $1.9 trillion package, calling it “the Pelosi Payoff” and saying it was not a relief bill but a wish list of the progressive wing of the Democrat party. He says he has support five other COVID-related bills but did not vote for this one because he thought it included too much that did not directly involve vaccines or PPE.

This bill did pass however, and Biden is expected to sign it by Friday.

Governor Wolf celebrated the passage of the American Rescue Plan in the United States House of Representatives. The governor released the following statement:

“Thank you to all of the federal lawmakers, in both the House and the Senate, who worked so hard to pass the American Rescue Plan. I am glad that this crucial bill has passed the House and is on its way to President Biden’s desk, because it will provide much-needed help to Pennsylvanians who are struggling because of the COVID-19 pandemic.

“Pennsylvanians have worked hard to survive this pandemic and reduce case numbers, hospitalizations and deaths throughout the commonwealth. Although hope is starting to grow as vaccinations increase, we aren’t out of the woods yet. Our people and our communities are still being battered by the economic and health consequences of this pandemic, and they need and deserve help. I thank our federal government for recognizing that need, and working hard to provide relief.”

“The American Rescue Plan Act is not a COVID-19 relief bill, but rather a wish list of the progressive wing of the Democrat party. Only nine percent of the $1.9 trillion bill is related to the COVID-19 pandemic and just one percent of spending will go to vaccine distribution. I have supported all five previous bipartisan COVID relief bills to address this public health crisis, retain American jobs, and save our economy. This bill, more appropriately being called ‘the Pelosi Payoff,’ runs completely counter to those efforts. In fact, the only thing bipartisan about the bill is opposition to it.”