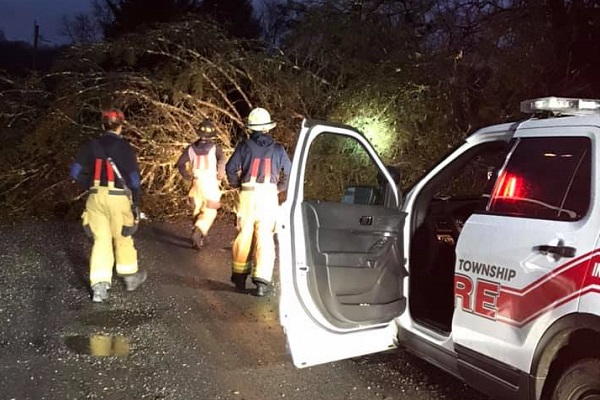 In the Clearfield area, Lawrence Township Volunteer Fire Company #5 says one of the first of many calls for the night started around 6 p.m. when a power outage caused a resident of Graystone Apartments to get stuck inside an elevator.

Fire crews also had to help clean up several downed trees that had blocked roads and were threatening power lines.

Again just before 11 p.m., fire crews were called out again to a possible transformer fire near the Clearfield-Shawville Highway Sheetz store. No transformer fire was seen, but the power was out in the area. They stayed on-scene to help Penelec keep the situation under control.

Finally, just as firefighters had gone back home for the night, another call came about a possible fire at the McDonalds on Clearfield-Shawville Highway. Staff said the building had filled with smoke after the power returned. Crews cut the power to the building again, then waited to make sure that there would be any other issues at the building.

Thank you to all of our emergency crews, firefighters, and fire responders to keeping us safe!