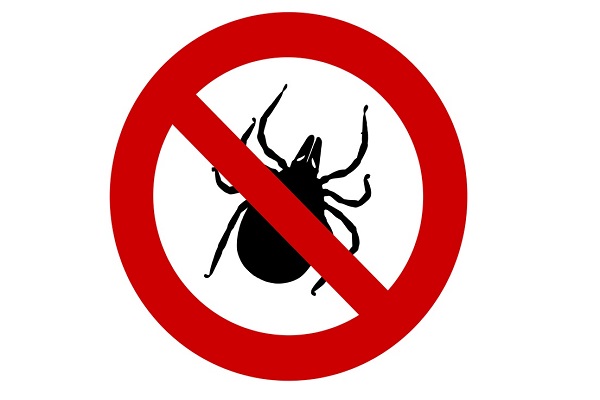 DEP will conduct control measures and additional testing to reduce and monitor the number of ticks present in the area surrounding the park. DEP is also in the process of posting public notification signage at the park and is coordinating with municipal officials. Blacklegged ticks, also called deer ticks, are active even in winter when temperatures are in the mid-30s and above.

“The infection rate of ticks sampled from the Lawrence Township Recreational Park is extremely high, Deer Tick Virus transfers very quickly through the bite from an infected tick, and the health outcomes from the Deer Tick Virus are more severe than other tickborne illnesses typically seen in Pennsylvania,” said DEP Secretary Patrick McDonnell. “This finding is concerning, and we strongly urge the public to exercise caution and take preventive measures to reduce risk of tick bites and potential infection while DEP continues to address the situation.”

Among tick samples recently taken by DEP at Lawrence Township Recreational Park, 92%, or 23 out of 25 sampled ticks, were positive for DTV. The previous highest DTV infection rate found at a single location in Pennsylvania was 11 percent, and the highest infection rate reported nationally in scientific literature was approximately 25 percent. The statewide average infection rate for DTV was 0.6 percent in 2021 when adult tick samples were collected.

The Deer Tick Virus, which is a type of Powassan virus, is rare in the United States, but positive cases have increased in recent years. It is spread to people primarily by bites from infected ticks and does not spread person-to-person through coughing, sneezing, or touching.

Powassan virus can be transmitted from tick to human in as little as 15 minutes after a bite occurs, while other tick-borne diseases, such as Lyme Disease, take much longer to cause infection, typically 24 hours or more after the tick attaches to the host.

Initial symptoms of a DTV infection may include fever, headache, vomiting, and weakness. Some people who are infected with DTV experience no symptoms, and therefore infection may go undetected. However, according to the CDC, 91 percent of patients treated for DTV infections develop severe neuroinvasive disease.

Those who exhibit severe disease from Deer Tick Virus may experience encephalitis or meningitis and require hospitalization, with symptoms including confusion, loss of coordination, difficulty speaking, or seizures. About 12 percent of people with severe disease have died, and approximately half of survivors of severe disease have suffered long-term health impacts. For more information about the health impacts of DTV, visit the CDC Powassan Virus website.

There are no vaccines to prevent or medicines to treat Powassan viruses. Preventing tick bites is the best way to reduce risk of infection and disease.

Recommended precautions for anyone venturing outdoors include:
• Apply tick repellents containing permethrin to clothing, and EPA-registered insect repellents such as DEET to exposed skin before entering the outdoors. Reapply as needed according to product label instructions.
• Wear light-colored outer clothing and tuck shirts into pants, and pants into socks.
• Walk in the centers of trails, and avoid wooded and brushy areas with low-growing vegetation and tall grasses that may harbor ticks.
• After returning home, remove all clothing, take a shower, and place clothing into the dryer on high heat to kill any lingering ticks. Examine gear such as backpacks for ticks.
• Conduct a full-body tick check using a hand or full length mirror, including hidden areas such as the scalp, ears, armpits, belly button, and between the legs.
• Check over any pets exposed to likely tick habitats each time they return indoors.

The DTV-positive ticks were discovered during routine testing as part of DEP’s active tick surveillance program, a five-year pilot program that began in 2018. Surveys are conducted in every county in Pennsylvania to track ticks’ habitats, life stages and peak activity levels and to test them for human pathogenic diseases. Fall and winter surveillance focuses on analyzing adult blacklegged ticks for emerging and changing disease burdens in public use habitats across Pennsylvania, such as parks, playgrounds, and recreational fields.