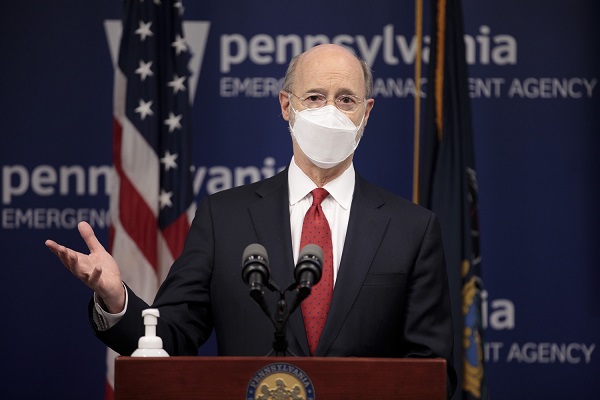 Harrisburg, PA – Governor Tom Wolf late last week signed 310 pardons, 69 of which were part of the Expedited Review Program for Non-Violent Marijuana-Related Offenses, a program introduced by the Board of Pardons and authorized by Lt. Governor John Fetterman in September 2019 to speed up the pardons’ application process for people with nonviolent marijuana possession or paraphernalia convictions.

“These pardons will give these 310 people a chance to put the conviction behind them, offering them more opportunities as they build careers, buy homes, and move on with their lives free of this burden,” Gov. Wolf said. “In particular, the nonviolent marijuana convictions-associated pardons have been expedited to make what was a years-long process now a matter of months.”

In addition to signing the 310 pardons, the governor denied 13 and held six pardons for further review. Since 2015, Gov. Wolf has signed 1,559 pardons, more than any other governor in more than 20 years. Since the inception of the Expedited Review Program for Non-Violent Marijuana-Related Offenses in 2019, the governor has signed 95 related pardons.

“I’m proud to be a partner with Governor Wolf in our historic reinvention of second chances for Pennsylvanians,” Lt. Gov. Fetterman said.

“The PA Board of Pardons (BOP) has recently broken with administrative tradition by creating an expedited review process for certain pardon applicants convicted of low-level offenses,” Brandon Flood, Secretary of the Board of Pardons, said. “This has initially manifested itself in the form of BOP’s Expedited Review Program for Non-Violent Marijuana-Related Offenses. However, given the success of this program, BOP will soon be expanding this program to include other low-level, non-violent/non-sexual offenses.

“In addition, BOP is actively working with the governor’s office to develop a more streamlined review process for both commutation applicants and certain types of pardon applicants whose applications are recommended by BOP to the governor.”

Pardon applications are available at www.bop.pa.gov.