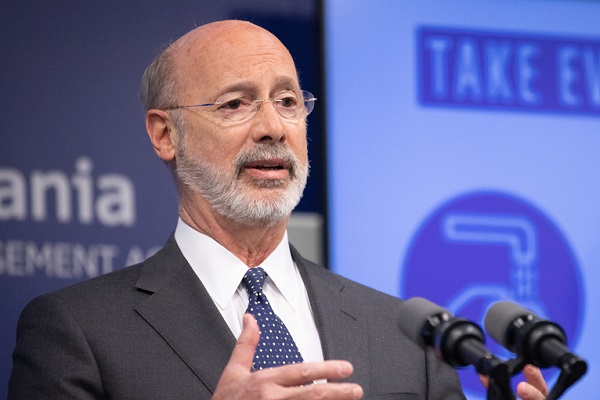 UNDATED (AP) — Gov. Tom Wolf’s administration says it will appeal a federal judge’s ruling that pandemic restrictions that required people to stay at home, placed limits on gatherings and ordered “non-life-sustaining” businesses to close are unconstitutional.

Courts had consistently rejected challenges to Wolf’s power to order businesses to close during the pandemic.

Wolf’s spokesperson said Monday the administration will seek delayed enforcement of the ruling while it appeals.

Read the press release from the House of Representatives GOP group:

In his opinion, Stickman writes, in part:

“[T]he response to a pandemic (or any emergency) cannot be permitted to undermine our system of constitutional liberties or the system of checks and balances protecting those liberties.”

“[E]ven in an emergency, the authority of the government is not unfettered. The liberties protected by the Constitution are not fair-weather freedoms–in place when times are good but able to be cast aside in times of trouble…The Constitution cannot accept the concept of a ‘new normal’ where the basic liberties of the people can be subordinated to open-ended emergency mitigation measures. Rather, the Constitution sets certain lines that may not be crossed, even in an emergency. Actions taken by [the Governor] crossed those lines.”

“For the millions of unemployed Pennsylvanians, the thousands of small business owners that have seen their livelihoods permanently ended, and all those looking for some relief from these unilaterally imposed, inconsistent and contradictory shutdown orders, this opinion offers some form of hope that a return to normalcy might be on the horizon.

“Judge Stickman’s opinion confirms what Pennsylvania Republicans have been saying all along: The Wolf administration’s use of emergency authority is unconstitutionally overbroad.

“Given the nature of this opinion, we hope that Gov. Wolf will finally work with the General Assembly to develop a plan that keeps people safe, does not unconstitutionally penalize Pennsylvanians, and takes into account our geographical differences.”