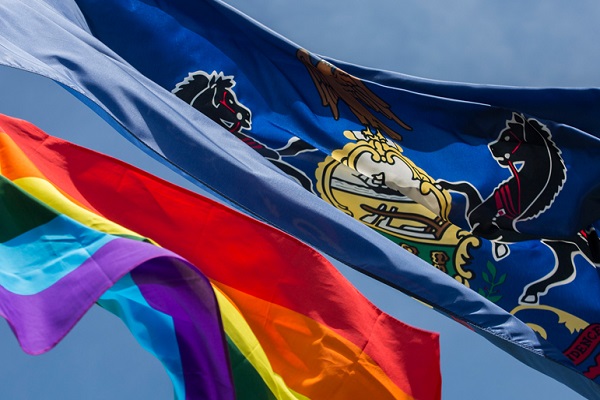 Harrisburg, PA – In response to a post made on Facebook by the Bloomsburg Fair mocking Secretary of Health Dr. Rachel Levine, Governor Tom Wolf is condemning hateful comments and slurs against transgender people.

The post involved photos of a man dressed as a woman as part of a dunk tank fundraiser at the Bloomsburg Fair. The post compared the dunk tank participant to Dr. Levine.

Governor Tom Wolf made the following statement about the post:

“The COVID-19 pandemic has brought hate and transphobia into the spotlight through relentless comments and slurs directed at Secretary of Health Dr. Rachel Levine, who is a highly skilled, valued, and capable member of my administration and Transgender. The derogatory incident involving the Bloomsburg Fair is the latest of these vile acts, which by extension impact Transgender people across the commonwealth and nation.

“Dr. Levine is a distinguished and accomplished public servant. She is committed to keeping Pennsylvanians safe and healthy, even those who direct hate-fueled attacks at her. I’m proud of the work she has done in her five years serving Pennsylvanians, and her success at leading our commonwealth during the COVID-19 crisis is a testament to her intelligence and work ethic.

“Hate has no place in Pennsylvania, even in the smallest transphobic joke, action or social media post. I’m calling upon all Pennsylvanians to speak out against hateful comments and acts, including the transphobia directed at Dr. Levine and all Transgender people in our great commonwealth.”

Rafael Álvarez Febo, executive director of the Pennsylvania Commission on LGBTQ Affairs, gave the following statement on behalf of the commission:

“The leadership of the Bloomsburg Fair knew they were catering to Transphobic sentiments when they chose to impersonate Dr. Levine. Marginalized communities know when we are being targeted and will not be gas-lit into thinking this was just about Dr. Levine’s position as Secretary of Health. In times of crisis and pain LGBTQ individuals are united in pushing back against Transphobia of any kind. Commissioners believe that the health and safety of Pennsylvanians should not be undermined due to these toxic and personal attacks.”