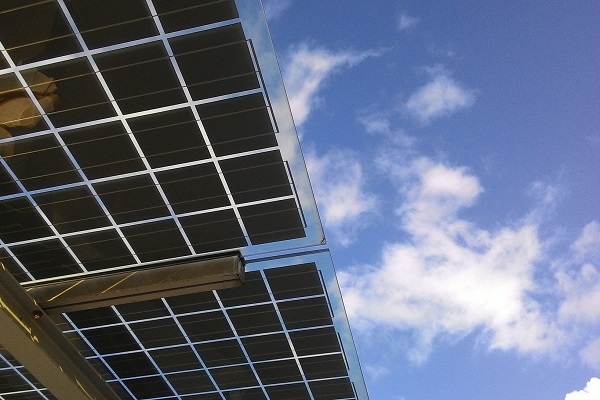 Part of the governor’s GreenGov initiative, Pennsylvania PULSE (Project to Utilize Light and Solar Energy) will go into operation on January 1, 2023. The project is the largest solar commitment by any government in the U.S. announced to date.

“In issuing the GreenGov challenge, I charged state government with leading by example in demonstrating sustainable governance and lowering greenhouse gas emissions to reduce the risks of climate change in Pennsylvania,” Governor Wolf said. “This included significantly reducing energy use and pursuing an ambitious goal of obtaining at least 40 percent of electricity from clean energy generated in state. I commend General Services for their GreenGov leadership in not only meeting this goal but exceeding it.

“Pennsylvania has been a national energy leader for more than one hundred years. As we continue to diversify our grid with clean renewable sources of energy, we want to maintain Pennsylvania’s leadership position and bring the associated economic, health and environmental benefits to all Pennsylvanians. As Pennsylvania’s Alternative Energy Portfolio Standard – which has driven solar and renewable development for the past decade and a half – sunsets at the end of May, we need more of the innovative, resourceful thinking demonstrated in this project to keep the market for clean renewable energy strong in the commonwealth.”

Solar arrays will be built in seven locations in six counties: Columbia, Juniata, Montour, Northumberland, Snyder and York. When completed, the total 191-megawatt project is expected to deliver 361,000 megawatt-hours of electricity per year, supplying 100 percent of electricity for 434 accounts across 16 state agencies, or about half the electricity used by state government. The solar project will create 400-plus jobs and begin lowering carbon dioxide emissions statewide by 157,800 metric tons each year – the equivalent of the emissions from nearly 27,000 homes or taking 34,000 cars off the roads.

“Pennsylvania PULSE reflects our commitment to making renewable energy the heart of DGS energy strategy,” said General Services Secretary Curt Topper. “The contract with Constellation provides us with long-term price protection and budget certainty, while the retail purchase model coordinated by the Penn State Facilities Engineering Institute is groundbreaking in enabling us to obtain an in-state solar energy supply for over 400 accounts with administrative and fiscal simplicity. We’re excited to have this new model in place as we work toward more clean energy use in the future.”

The Solar Renewable Energy Credits, or SRECs, generated by the project will be retired upon purchase by the commonwealth, ensuring that such SRECs cannot be used for compliance or voluntary purposes by any other entity, thereby preserving the existing SREC market.

Lightsource bp will build, own and operate the solar arrays, creating hundreds of new construction jobs for Pennsylvanians and bringing long term economic benefits to local communities through increased tax revenues. The arrays will be constructed and operated to meet industry leading standards for low-environmental-impact solar siting and design.

“Reducing greenhouse gas emissions is crucial to slowing climate change and protecting our health and safety, environment, and economy,” said DEP Secretary Patrick McDonnell. “With over 85 percent of Pennsylvania’s greenhouse gas emissions coming from energy production and use, pursuing clean energy and energy efficiency at the enterprise scale, as the state government solar procurement demonstrates, will make a big impact. At the same time, research shows the clean energy sector is a leading creator of quality jobs in Pennsylvania, bringing positive economic impacts as well.”

Governor Wolf’s Climate Change Executive Order in 2019 set a goal of lowering Pennsylvania’s greenhouse gas emissions 26 percent by 2025 and 80 percent by 2050 compared with 2005 levels. It re-established the Green Government Council, co-chaired by the Departments of General Services, Environmental Protection, and Conservation and Natural Resources.

“DCNR is proud to co-chair Governor Wolf’s PA GreenGov Council and we congratulate DGS for laying the groundwork and providing the leadership that shaped today’s historic event,” said DCNR Secretary Cindy Adams Dunn. “As the state’s conservation leader, we demonstrated our commitment to wise energy-use 40 years ago with the first installation of a solar array. We now have 17 such installations throughout the state; a vehicle fleet that steadily is moving toward electric conversion; and construction and maintenance guidelines that promote solid energy conservation. We truly are excited by this initiative and how it will benefit our commitment to the future.”

The GreenGov Council is charged with developing strategies to ensure that state government plays a lead role in greenhouse gas emissions reduction. Goals include obtaining at least 40 percent of electricity from in-state clean energy sources; reducing energy use at least 3 percent annually; replacing 25 percent of the state vehicle fleet with electric vehicles; and attaining energy high-performance standards in building construction, lease, or renovation. The Council recently released its second annual report, outlining progress towards these goals in 2020.

The 2020 Pennsylvania Climate Impacts Assessment documents that Pennsylvania’s average state temperature has climbed nearly 2° F since 1901, and the state average annual rainfall has increased about 10 percent, while extreme weather events have increased. It’s projected that by mid-century, every county will be 4.9° F hotter than in 2000, while average rainfall continues to increase 8-12 percent, unless greenhouse gas emissions are reduced.