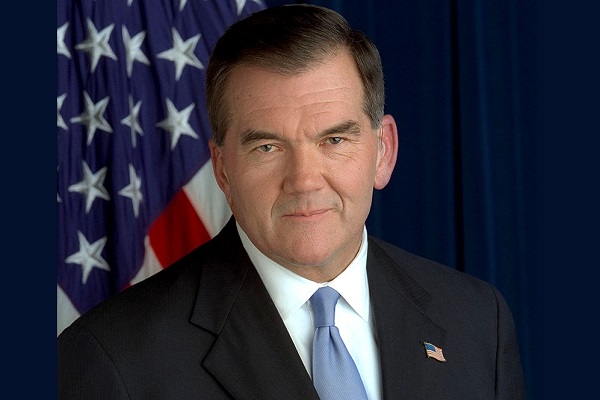 Washington DC – Former PA Governor Tom Ridge suffered a stroke at his home in Bethesda, Maryland, on Wednesday morning. He remains in critical but stable condition.

A tweet from the family says the 75-year-old was conscious when he was transferred to the emergency department.

Ridge underwent a procedure to remove a blood clot, which was successful.

Although his situation is critical, he is in stable condition. The family remains hopeful for a full recovery, although they admit it will be a long road ahead.

Ridge’s wife, Michele, wants to say thank you to everyone for their kind words and prayers during this time. She also says thank you to the excellent medical attention the former governor is receiving.

Tom Ridge was a Republican who served as Governor for Pennsylvania from 1995 to 2001. He served as the United State Secretary of Homeland Security between 2003 and 2005.

Note: The only photo provided is Ridge’s government portrait from his time in office, from 2001.