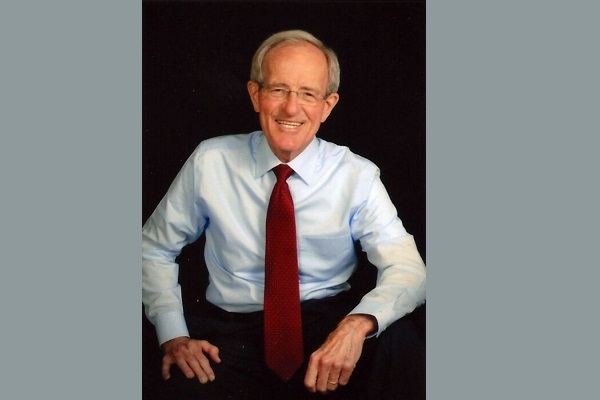 Knox, PA – Fred McIlhattan, who had represented the 63rd District in the Pennsylvania House of Representatives (for the Clarion, Armstrong, and Forest County area) from 1997 through 2008, passed away Wednesday morning.

He suffered a heart attack while riding his bike at Oil Creek State Park two weeks ago and eventually succumbed to his injuries.

He’ll be buried this Saturday in the Knox Cemetery.

Read the obituary from the William N. Rupert Mortuary in Knox.

Fred McIlhattan, 75, of Knox suffered a heart attack while biking at Oil Creek Park on Tuesday, May 26th and succumbed to his injuries on June 10th, 2020.

Born September 22, 1944 in Butler, he was the son of Frederick Gerald and Florence (Verner) McIlhattan and a big brother to his sister Valerie.

Fred’s mother and father died while he was young and the community of Knox joined together to support and raise him, most notably the Dine Family who he stayed close with his whole life.

Fred graduated from Pittsburgh Mortuary School and Clarion State College. After college, he went on to serve as Knox Mayor and as an employee at Owens Illinois and Clarion University. While working for the Clarion University Foundation he met Teresa Parsons whom he married and would have celebrated 46 years of marriage this July.

He went on to a long career of service to his hometown and surrounding area as County Commissioner and PA State Representative. Although he accomplished much as a politician, he derived the most personal satisfaction as a North Clarion substitute teacher and as an advocate for Milton Hershey School. He believed in the students and was so very proud of their accomplishments.

With years of investment in the lives of people, the love of his family brought him the most joy. He is survived by wife Teresa, children Fredrick Jr and Amy Klawuhn, Andrea and Bryan Stake, granddaughter Lea Stake and close friends Jim and Margie Wise.

An active member of The Knox United Methodist Church, Fred was strong in his faith and love of God.

He will be missed.

A public graveside service will be held on Saturday, June 13 at 11 a.m., Knox Union Cemetery.

Online condolences may be sent to Fred’s family at www.rupertfuneralhomes.com.

Arrangements are under the direction of the William N. Rupert Mortuary, Inc, of Knox.