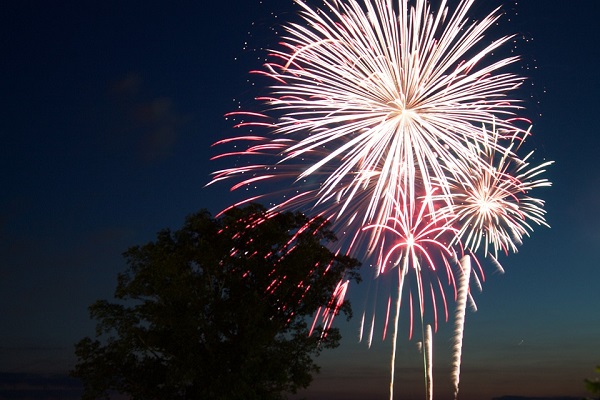 DuBois, PA – If your favorite Fourth of July parade was canceled or socially distant fireworks are on the horizon next week, kudos for your commitment to staying healthy during one of the most traditionally social holidays of the year.

If you’ll be creating your own fun this July Fourth, you’re not alone: last week, a national report suggested that fireworks use has increased significantly this year, which for many may feel like a declaration of their own independence after weeks of isolation indoors. However it’s important to emphasize that where there are pyrotechnics, there can be peril. A statistic from 2018 suggests that nearly 10,000 people sought care for fireworks-related injuries surrounding the Fourth of July that year. Probably not surprising is that one-third of those incidents occurred to the hands and arms.

With hand-related cases making up approximately 25 percent of his practice, Dr. Ryan Rice of Penn Highlands Plastic, Reconstructive, and Cosmetic Surgery serves up safety tips for your Independence Day weekend, whether it will be explosive with action or a little more pared-down than usual.

Listen to the full interview with Dr. Ryan Rice.

Rice’s first word of caution is that while it might seem obvious that most July 4 hand injuries would result from playing with fireworks, he also sees plenty of patients seeking care after a summertime mishap in the kitchen. Picnic prep is often half the fun, but Rice advises patients to watch out when wielding a knife around two culinary culprits in particular: “Watermelon is a big one,” he says, adding that he also sees “a number of patients each year for hand injuries after they’ve stabbed themselves trying to remove the pit from avocados.” The trend is not unique, as Rice cites a reported 50,000 avocado injuries in the United States each year. What often happens is that “the flexor tendon gets stabbed, which makes it hard to bend the finger,” he explains.

Got guac? (Who doesn’t?) Consider placing a kitchen towel in your hand before pitting the avocado, or forgo the fancy technique altogether and scoop out both the pit and the flesh with a tablespoon. To safely slice watermelon, some folks lessen their risk of injury by using plain dental floss to separate the flesh of the fruit from the rind and then slicing individual pieces using the same method.

Rice also advises that when it comes to summer entertaining, kitchen conundrums don’t always stop when dinner ends. “It can happen with anything,” he says—notably when “washing dishes in a sink where there’s soapy water, a glass can cut the finger and even cut a tendon.” Ouch. Practice caution, and consider protective gloves.

Meanwhile, Rice says a dreaded injury sustained from working with explosives “takes not even a second.” For a patient with major burns, Rice is often called in to work with them for the reconstructive work. In the event of a blast injury, Rice says he’s able to attach fingers depending on the circumstances.

In this case, the first thing he advises the patient to do is to wrap the digit (or as much of the part as possible) in wet gauze. Immediately place it in a bag with ice, and get to the emergency room. When it’s possible for the finger to be reattached, this has to be done within 18 hours of the injury. Blast injuries can make it more difficult to reattach a finger than some other types of injuries do—“but it’s still good to bring any pieces you have,” he says, as sometimes pieces of skin or other parts can be helpful during the procedure.

Even after the fireworks quiet down, Rice says he cares for many patients who experience injuries as a result of summer projects involving equipment like chainsaws or lawnmowers. No matter what, he says the ER is always the first destination. For the patient’s peace of mind, he says that while hand injuries may be unfortunate, they’re typically not life-threatening. “There are times when the ER staff can clean it out and close it. Flexor tendons we want to repair within a week,” he says. “Extensor tendons we want to repair within two weeks.”

The events of this year are extra reason to practice health and safety precautions this Fourth of July. To learn more about Dr. Ryan Rice, who is dual-board certified in plastic surgery and general surgery, visit https://www.phhealthcare.org/plastic.