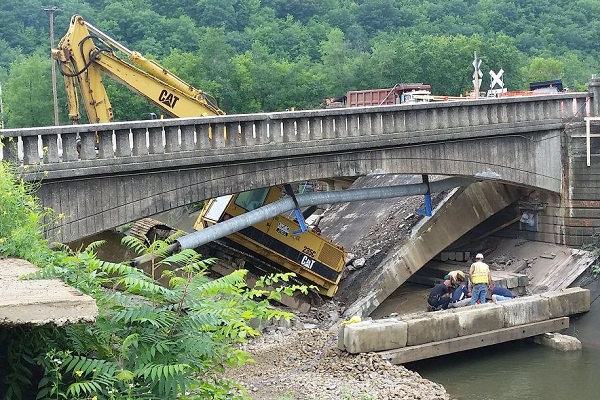 Ridgway, PA – Today marks the fifth anniversary of the partial collapse of the North Broad Street Bridge in Ridgway.

Now with the bridge rebuilt, Rep. Matt Gabler (a Republican serving Elk and Clearfield Counties) says his effort to rename the structure that carries Route 219 over Elk Creek is moving forward.

The bill would rename the bridge after our Vietnam veterans, specifically those who were killed or missing in action.

House Bill 1954 will get voted on in the House of Representatives in the near future.

Watch Rep. Gabler’s video statement on moving the bill forward and how local constituents asked him to help rename the bridge.