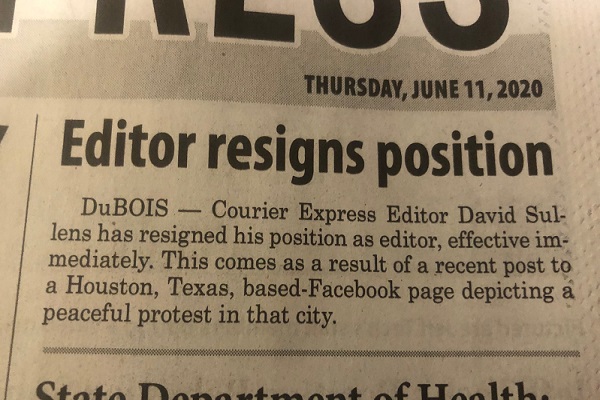 DuBois, PA – The Courier Express editor, David Sullens, has resigned from his position after outrage about a recent comment he posted on a Facebook video of peaceful protesters in Houston, saying that it was a “good time and place to eliminate the whole bunch.”

He had written an apology in the newspaper before deciding to resign.

The Courier Express publication itself says that David Sullens’ words were reprehensible and they do not support his statements.

Read the statement from The Courier Express denouncing Sullens’ comments.