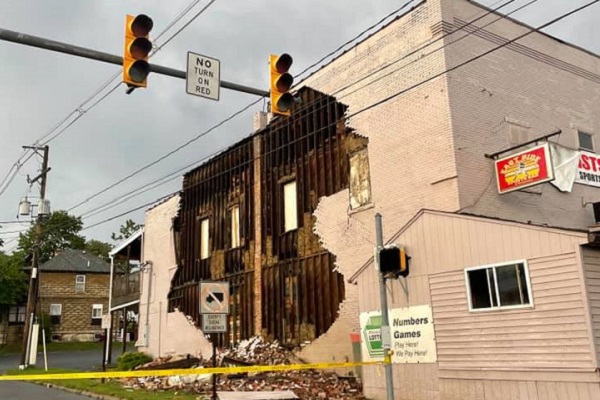 DuBois, PA – The Eastside Sports Bar in DuBois has partially collapsed after the major thunderstorm that rolled through town yesterday afternoon.

One side of the building started falling around 6 p.m. Tuesday. The damage caused a gas leak, and people in the area were told to evacuate.

Reports say that everyone inside the building escaped without injury.

With the extent of the damage, it’s unclear whether the business intends on rebuilding.

Plenty of people are still speculating about what actually damaged the building so badly, whether it was microburst storm or potentially even a low level tornado. We don’t know anything officially, as it’s only the National Weather Service that can investigate and categorize these types of storms.

The rain and winds affected other parts of the DuBois area as well, causing multiple trees to uproot and, in at least one case, to fall on a garage. Cars windshields also reportedly were damaged by the storm.

Roads became blocked by fallen trees and branches throughout the Clearfield, Jefferson, and Elk County areas.

Many towns were without power, and some areas may still be affected.

Be aware as you are driving today that some roads, especially back roads, might have debris. Pay attention and take it slow.

Below: One of the many fallen trees in the DuBois area 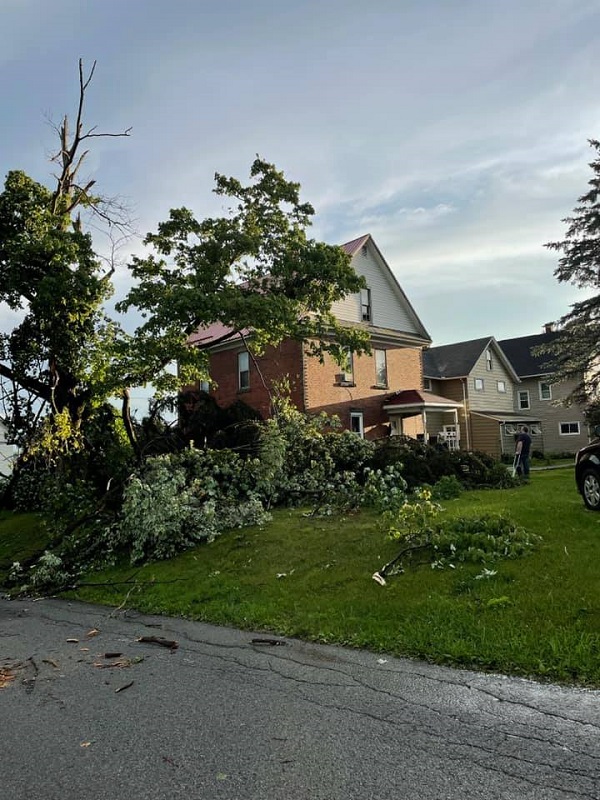 Below: The Eastside Sports Bar on West DuBois Avenue, DuBois