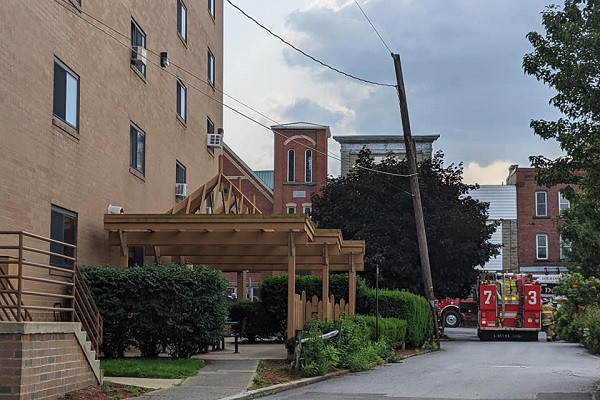 First, crews were called out to Martin’s Grocery Store for an activated alarm from a air conditioning unit. That call was mostly uneventful.

However, then the DuBois Volunteer Fire Department was almost immediately afterwards called to the Gateway Towers apartment building on East Long Avenue.

An apartment on the second floor had a fire with heavy smoke.

When crews arrived, the apartment’s occupant was already on the balcony.

There are very few other details on the exact circumstances of that fire. Thank you to our hardworking firefighters for responding so quickly!

DVFD with back to back calls
Martin’s Grocery store for and activated alarm (A/C unit) and The Gateway Towers fire alarm. 2nd floor, fire, with heavy smoke, occupant on the balcony when crews arrived.