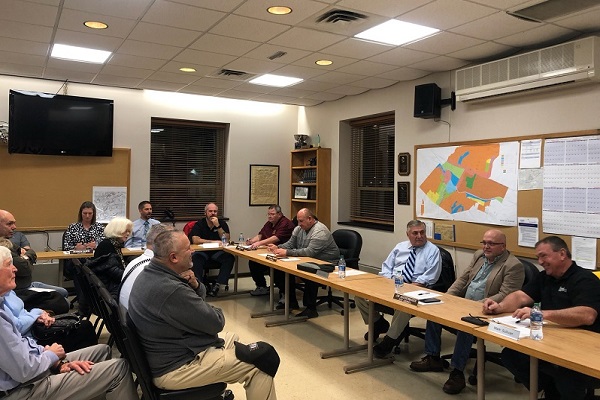 DUBOIS – The process of consolidating the City of DuBois and Sandy Township has completed another crucial step.

The Joint Board of elected officials from the DuBois City Council and the Sandy Township Board of Supervisors presented a draft of the consolidation agreement at its most recent meeting. The agreement contains the details of financial arrangements, a transition plan of elected officers, common administration and uniform enforcement of ordinances, and uniform tax systems.

The draft consolidation agreement is available to the public and you may view it by clicking on the Consolidation tab at Connectradio.fm or Sunny106.fm

Also at the Joint Board meeting, DuBois City Manager Herm Suplizio and members of the Fire Committee provided an update on the continuing discussions regarding a new location for the Treasure Lake Fire Department as well as new fire stations on Maple Avenue and Park Avenue in DuBois.

It’s another Leaf Pickup week for DuBois and Sandy Township