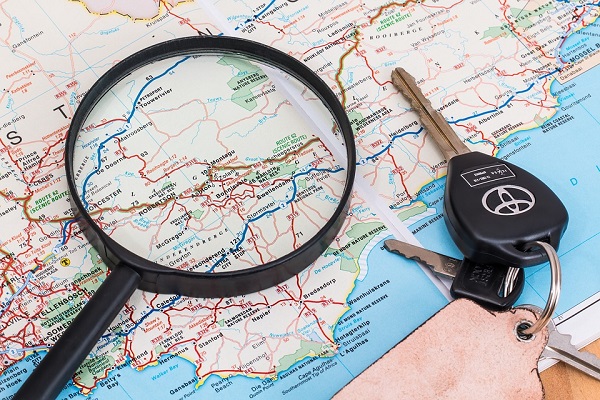 Officers were dispatched to Hoover Avenue on Aug. 24 for a man who said he saw a woman lift a cover on a light pole, place something under it, and leave. Officers found a red cylinder sign-in sheet for the outdoor GPS-based treasure hunt game. They took a moment to sign the sheet and replaced the item where it was.

Thanks to our DuBois City Police for being such good sports!

Scroll down the page for more police reports.

Want to earn more about what geocaching is?

Police were dispatched to an East Second Ave address for a bat inside of the residence. Upon arrival, officers made contact with the owner who advised a bat was flying around inside the residence. After approximately 15 minutes of waiting for the bat to stop flying around and land on the wall, officers were able to catch the bat and release it outside. The bat was not injured.

Police received a call from an individual on East Long Ave. who believed she heard someone scream from the area around 44 East Long Ave. The caller didn’t see anyone just heard the yelling. Officers drove up around the area and didn’t hear or see anything. There were other people outside walking in the area and no one else heard or said anything. Police cleared.

Police were dispatched to 601 W. Long Ave. for a line down on Hubert St. at the intersection. The line is possibly a telephone line. Officers went to that area and moved the line off the roadway. No further action needed.

Police were dispatched to check the welfare of a female. The caller was concerned due to the fact the friend was crying and upset. Officers went to that location and spoke to the female. She had been drinking and was upset earlier, but she was okay. She appeared to be fine and had someone home with her. Officers cleared.

Police were dispatched to 22 Hoover Ave to meet with a male that witnessed a female lift a cover on a light pole and place something under it and then left. Officers arrived on-scene and located a red cylinder that contained a sign in sheet for a GPS game. Officers signed in on the sheet and replaced the item.

Police were dispatched to assist EMS with a possible overdose. Upon arrival officers met with the caller who advised that a female took a bottle of pills that was prescribed to her with intents to harm herself. DuBois EMS arrived on-scene and transported the female to Penn Highlands.

Police were dispatched to a S. Main St. address for the report of a male who stated that he needed an ambulance and then hung up the phone. Upon police arrival, contact was made with the male. The male was highly intoxicated and stated that he wanted to go to the hospital because he needed to get help with getting sober. Police requested an ambulance. He was transported to Penn Highlands ER by DuBois EMS. A short time later police were informed that the male left Penn Highlands and that he was still highly intoxicated. Police searched the surrounding area but he was not located.

Police were dispatched to the Gateway Towers located at 21 East Long Avenue for a suspicious male sleeping on a bench. Upon arrival, police made contact with a male who stated that he was there with another male but the other male left. The male was advised to move along.

Police responded to a domestic disturbance on North Stockdale St.

DuBois man arrested and charged with robbery, theft and assault