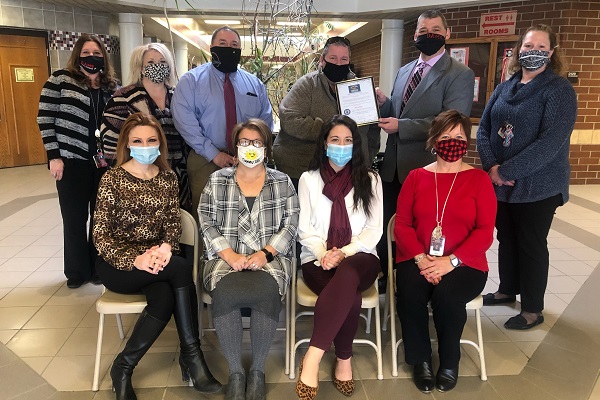 DuBois, PA – DuBois City Mayor Ed Walsh is stopping by the DuBois Middle School today to officially declare a Day of Hope, connecting young people to each other and helping to prevent suicide.

It’s part of Hope Squad, a project in schools around the nation.

Our DuBois Middle School will actually be the founding school in Pennsylvania for the Hope Squad project, something not just to be proud of, but also something that could literally save young lives.

The Hope Squad program teaches kids and adults the often missed signs that someone is considering self harm or taking their own life. It empowers students to speak up if they see the signs and think someone might need help.

Founder Greg Hudnall says these are problems that are already happening in schools, not just in DuBois but around the country.

This program gives young people the tools they need to alert adults about situations they’re already trying to deal with on their own. He says the students who are nominated and volunteer with Hope Squad also often gain new confidence and friends, learning coping and communication skills that they’ll use well into the future.

Listen to the full interview with Greg Hudnall, the founder of Hope Squad.