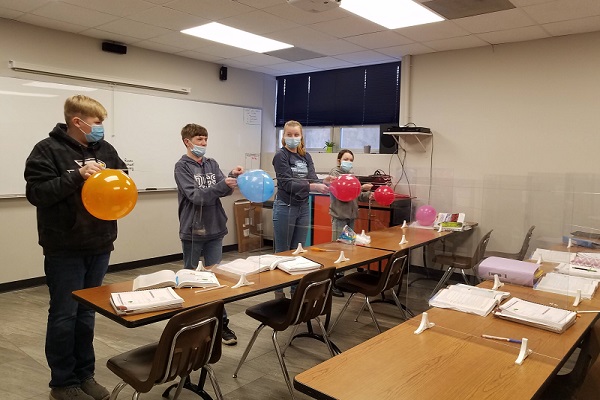 DuBois, PA – Students at the DuBois Christian Schools got a hands-on physics lesson with some balloons!

To demonstrate this, the students inflated balloons which were taped to a straw that was then threaded onto about 10 feet of fishing wire.

Holding the wire taut, the untied balloons were released allowing the air to forcefully push out of the balloons.

The force of the air moving in one direction propelled the balloons in the opposite direction along the fishing wire.

This is similar to the Third Law of Motion as applied in the lift-off of a space rocket.

Below are attached both a video and a photo of DCS students doing some fun experimentation during class this past week. 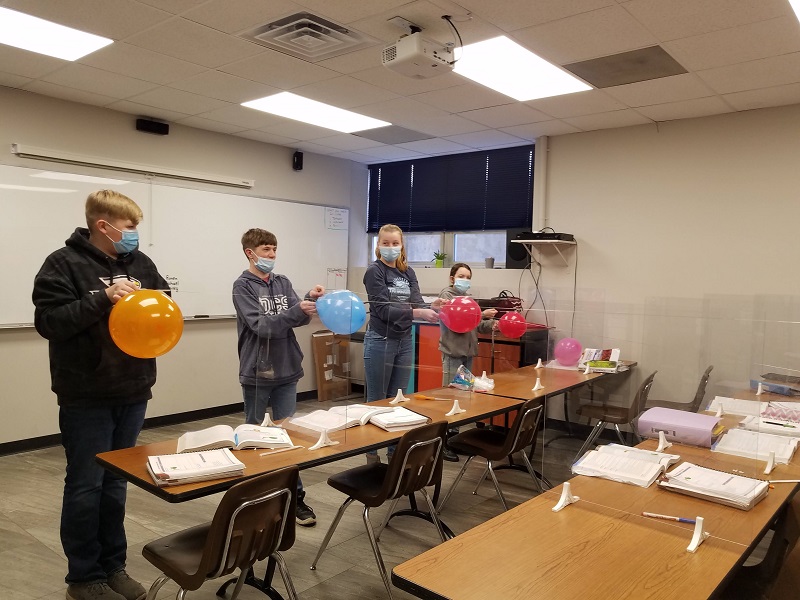