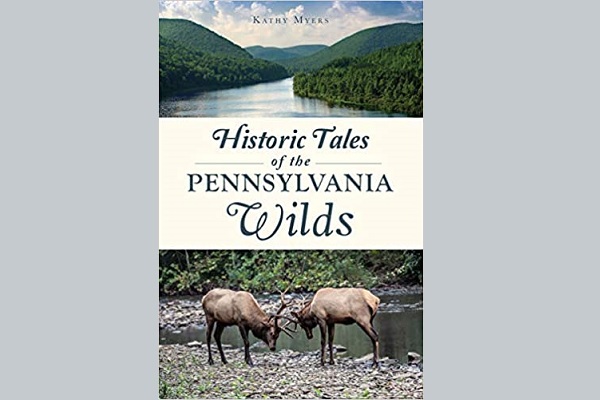 The book sells for $21.99. Myers has promised a portion of all sales from the book signing to go to the DuBois Area Historical Society.

Arcadia Publishing, the book’s publisher, provides this description of the book: “With sixteen thousand miles of streams and rivers, twenty-nine state parks and nine state and national forests spread out over twelve and a half counties, the Pennsylvania Wilds is an immensely special place in the Commonwealth. Beyond the stunning scenery lies important history of early American. A young George Washington traversed the expanse, cutting his teeth as a military leader. Violence between Native Americans and colonists in the territory left its bloody mark, from the Penn’s Creek Massacre to the Great Cave Massacre. After the American Revolution, early settler families forged roots, built communities and developed the region into a patchwork of frontier towns. Through a series of richly compelling narratives, author Kathy Myers reveals the early history of the Pennsylvania Wilds.”

“Historical Tales of the Pennsylvania Wilds” from Arcadia Publishing is also available from Arcadia, Amazon, Wal-Mart, Barnes and Noble and other book sellers.

June 5 is also the beginning of “Art In the Windows” scheduled through June 26. Artwork will be on display in the windows of downtown stores.