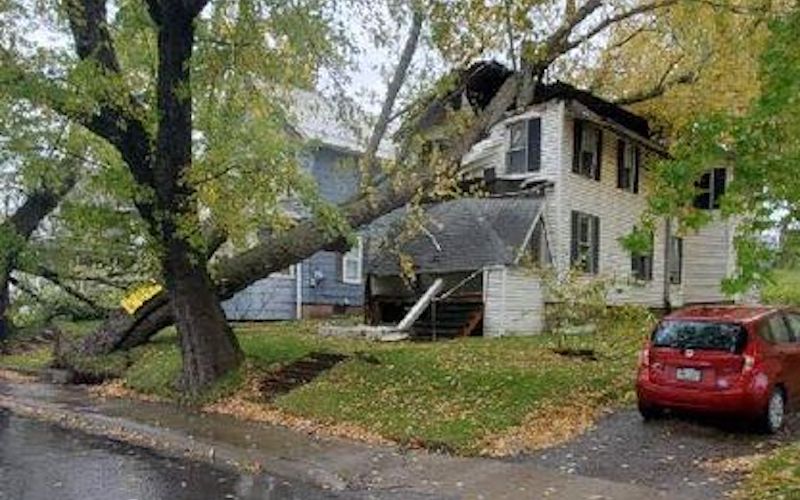 DuBois – Fire companies and emergency crews in the DuBois and Sandy Township area were busy Thursday afternoon responding to calls reporting downed trees and power lines when strong winds and heavy rain passed through the area.

A tree fell onto a vacant house along East DuBois Avenue and wires were on the roadway.

There was also a report of a tree on a car on East Scribner Avenue, wires were reported down on Rumbarger Avenue, and there were numerous calls for downed trees and wires throughout Treasure Lake.

Some roadways were closed for extended periods of time causing traffic delays.