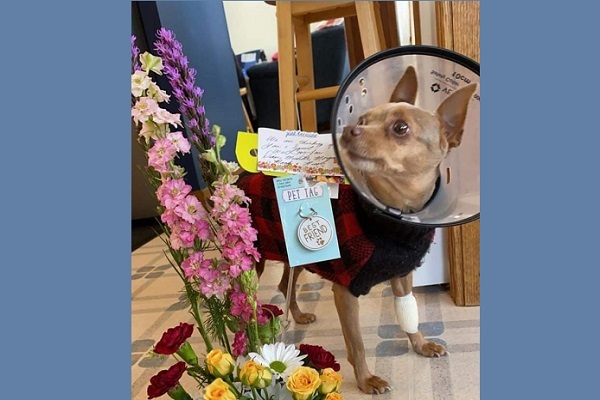 DuBois, PA – After a coyote attacked a small dog in DuBois recently, the family says their pet is doing surprisingly well.

Joe and Jenny Shick had let Squirt, their 10-year-old miniature pinscher, outside to do her business at their home along Juniata Street Extension near Fairman Farms on the night of Jan. 19. Soon Jenny started hearing terrible noises outside and Squirt came running back into the house, covered in blood and clearly bitten by a coyote.

The family rushed the little dog to Central Pennsylvania Veterinary in State College, the only place open at that time of night.

Thankfully, the story ends on a happy note. Despite her dire condition and a three-inch gash on her side, vets were able to fix up Squirt.

Now about two weeks later, Jenny and Joe say she’s getting back to her normal self. They say she’s been snuggling with her brother, 4-year-old golden retriever Journey, who they credit for maybe scaring away the coyote and saving Squirt.

The Shicks say that, although they knew that there were coyotes around, they never imagined how quickly one could attack their pet. They’re warning other families to be careful and keep an eye on their own animals, especially during the coyote mating season in January and February. 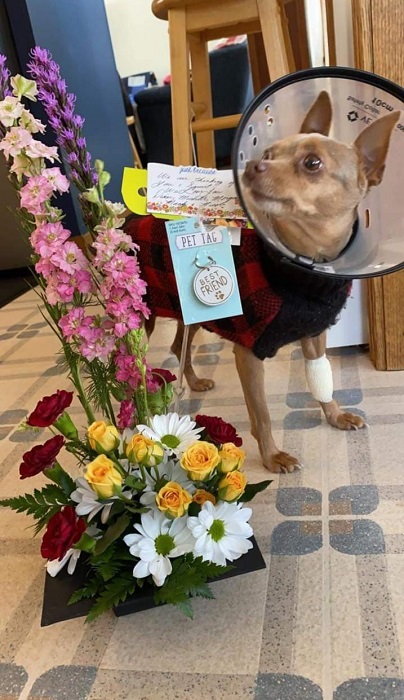