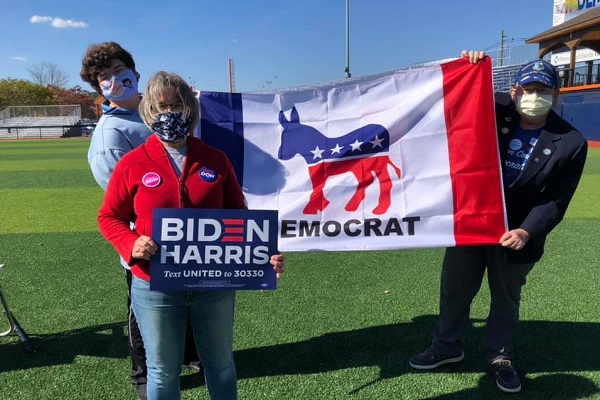 DuBois, PA – Some Democratic candidates stopped for a campaign rally at the DuBois City Park on Saturday.

Before and during the Democratic rally, a crowd of counter-demonstrators and Trump supporters also gathered nearby. Although there were some verbal arguments, police were on hand to cool things down and said there were no major incidents.

You can see photos and video from the event on our Facebook page.