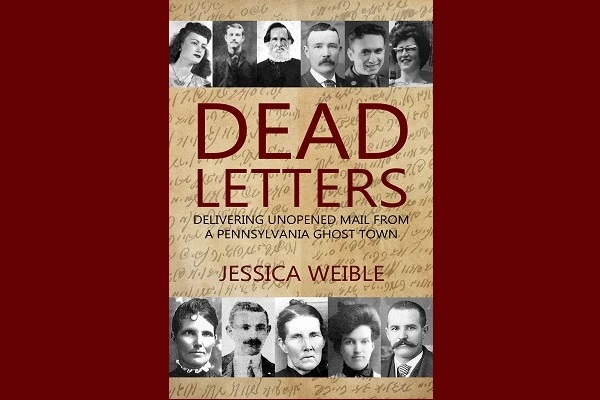 Brookville, PA – A new book from a local author explores a real-life mystery of unsent letters from a hundred years ago, the people who wrote them, and a glimpse into their lives.

Jessica Weible, the author of Dead Letters, says it’s the real story of one of her assignments as a newspaper reporter, when she was given a pile of unsent letters that were found in an abandoned general store just before it was torn down.

She says it gave her a heartfelt mission to tell the story of the people and places in the letters, and she even got the chance to take some of those letters to the families of the people who had sent them.

You can find Jessica Weible’s book on Sunbury Press’s website or on Amazon. For a paperback copy, the cost is $16.95 plus shipping and handling.

Listen to the full interview with author Jessica Weible.

On assignment for a small-town newspaper in rural Pennsylvania, rookie reporter, Jessica Weible, meets Joan Swigart, a creative fireball and “pioneer in print.” As the two women forge a relationship based on their passion for storytelling, Joan reveals a mystery that she had discovered years ago, but had never solved—a pile of dead letters found in an abandoned general store, just before it was torn down. Joan gives Jessica the letters, each stamped and dated over a hundred years ago, and encourages Jessica to investigate the untold stories of the people and places contained in each one.

What begins as yet another assignment for the reporter, a young millennial who relies happily on email and texting as the primary means of communication, develops into a heartfelt mission to tell the story of the people and places in the letters. The young reporter’s journey takes unexpected twists and turns through the quiet lumber towns of Pennsylvania, the early American settlements in Massachusetts, the bustling crowds at Ellis Island, the violent strikes at the Passaic textile mills, and beyond. Dead Letters is an intimate portrait of small town America and the people who, at times, risked everything in pursuit of economic prosperity, religious freedom, and social equity.

Jess Weible is a freelance writer and reporter. She is also a founding editor for The Watershed Journal, an inclusive, regional literary magazine for the western Pennsylvania wilds. Jess leads two writing groups, the Writer’s Block Party and the Rebecca M. Arthur’s Young Writers. She lives with her husband and two boys in Brookville, Pennsylvania.