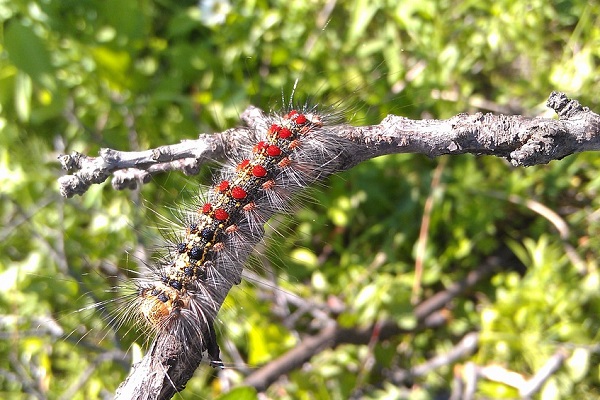 “As the insects emerge and begin feeding, the suppression effort will begin in early May,” Dunn said. “Our recent cool, wet springs had emerged as an enemy of the gypsy moth in years past, but populations have climbed in some areas to a point where aerial spraying is needed to keep this invasive pest in check and protect the trees from defoliation.”

State parks to be sprayed:

“In Pennsylvania, these destructive, invasive insects go through cycles where outbreaks occur every five to 10 years,” said DCNR Forest Health Manager Dr. Donald Eggen. “Populations had declined in years past thanks to the gypsy moth fungus disease and wet spring weather but that no longer is the case for 2021.”

The gypsy moth suppression program is conducted with the goal of preventing defoliation so that trees do not become stressed and succumb to disease, other insect pests, or drought. Aerial spraying will be conducted by helicopter and fixed-wing aircraft.

Targeted sites are determined by surveys of egg masses and other indicators across the state indicating gypsy moth populations are increasing and have the potential to cause major defoliation.

Feeding while in the larval — or caterpillar — stage, the insect usually hatches and begins feeding from mid- to late April in southern Pennsylvania, and in early to mid-May in the northern part of the state. Oak, apple, sweet gum, basswood, birch, aspen, and willow trees are affected the most by the gypsy moth.

Bureau of Forestry experts note the state’s oak stands are especially vulnerable to gypsy moth infestation, often resulting in tree mortality. The loss of habitat, timber, and tree growth are considerable when gypsy moth populations go untreated. A tree begins to significantly suffer when 30 percent or more of its leaf surface is lost.

Biological in nature, the applied insecticides must be ingested by young caterpillars as they feed on emerging foliage.

Begun in 1972, the forest insect spray program is a cooperative effort among DCNR and the U.S. Department of Agriculture Forest Service’s Forest Health Protection Unit.

The gypsy moth was introduced to North America in 1869 at Medford, Mass., where it was used in a failed silk-production experiment. The gypsy moth first reached Pennsylvania in Luzerne County in 1932, and since then has infested every county.