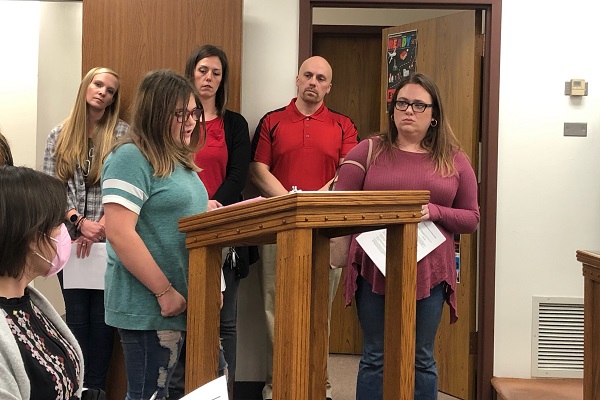 DuBois, PA – Some parents are concerned about what types of books their kids might be reading at the DuBois Area School District.

Deidre Brown, one of those who spoke at last night’s school board meeting, read passages from the novel The Hate U Give, saying that she felt it was extremely inappropriate to be in the hands of middle school students.

12-year-old Lily Porada got up to the podium next to speak, revealing that she had actually borrowed the book from the middle school library and felt uncomfortable and worried about some of the scenes in the story.

Members of the school board and superintendent Wendy Benton called Lily brave, saying they were proud that she came to her family and the board about things that made her concerned.

Superintendent Benton explained that, in cases like this when controversial books are challenged by concerned citizens, a meeting takes place involving the administration, librarian, board members, and the concerned family.

They come together to make a decision about the fate of the book and whether it is age-appropriate for the students who have access to that library. They plan on holding a meeting like this for The Hate U Give soon.

A portion of Shaffer Avenue in DuBois closed for waterline work

Waterline project to close section of Shaffer Avenue on Monday