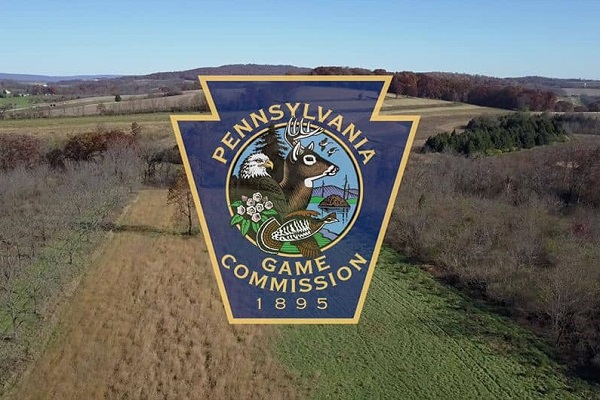 Harrisburg, PA – Twenty-seven new game wardens have been assigned to districts in Pennsylvania.

They had 45 weeks of intensive training, much of which presented new challenges this year with COVID-19.

Of those 27 graduates, Alex DiCicco, originally from New Kensington, has been assigned to northern Clarion County. Thomas Henry from Grampian will get to stay near his hometown, assigned to northwestern Clearfield County.

Graduates were commissioned as officers, and have been assigned to protect the natural beauty of our state by enforcing hunting, fishing, and boating laws and managing land, lakes, and wildlife programs.

Congratulations to the new graduates!

HARRISBURG, PA – Twenty-seven new game wardens have been assigned to districts in Pennsylvania.

Following 45 weeks of intensive training, the 32nd Class of the Pennsylvania Game Commission’s Ross Leffler School of Conservation graduated Feb. 13, 2021 at the Best Western Premier, The Central Hotel & Conference Center in Harrisburg. Video from the ceremony is available to view on the Game Commission’s YouTube channel.

The 32nd Class shall forever be known as the “Covid Class” and was faced with many unique challenges to overcome. Over the last year, cadets had to adapt and work in ways never imagined before experiencing a pandemic. The 32nd Class enrolled on March 29, 2020. Their reporting date coincided with many closures, uncertainty, and virus-related mandates across the nation.

The class persevered through the challenges faced, challenges that no class before them had ever known. To say they have endured much would be an understatement. Schedules changed, sometimes by the minute, leaving instructors to find alternatives to continue providing needed training.

Graduates were commissioned as officers, and have been assigned to their new districts.

During the ceremony, graduates were recognized for achievements in the areas of academics, marksmanship, physical fitness, driving skills and leadership.

Graduate Travis O’Neill received the class award for academics, with a score of 96.9 percent.

Graduate Benjamin Johnson was honored with the marksmanship award, achieving the highest combined score in a series of courses firing the handgun, rifle and shotgun.

Graduate Shawn Greevy was selected as the fitness award winner for maintaining the highest standard of physical fitness during the training program.

And, Graduate Philip Bietsch was chosen by his classmates to receive the “Torch Award for Leadership.”

Members of the 32nd Class, their hometowns and their new assignments are:

In 1930, Ross Leffler, then president of the Pennsylvania Board of Game Commissioners, proposed the establishment of a training school for game protectors. When the training school opened its doors in 1932, in Brockway, Jefferson County, it was the first such conservation officer training school in the world and served as a model for other states.

From 1932 until 1935, the Ross Leffler School of Conservation offered in-service training for game protectors. The school became a permanent facility and enrolled its first class of trainees in 1936, and continued training new classes at this facility until 1986, when the school was moved to the agency’s Harrisburg headquarters.