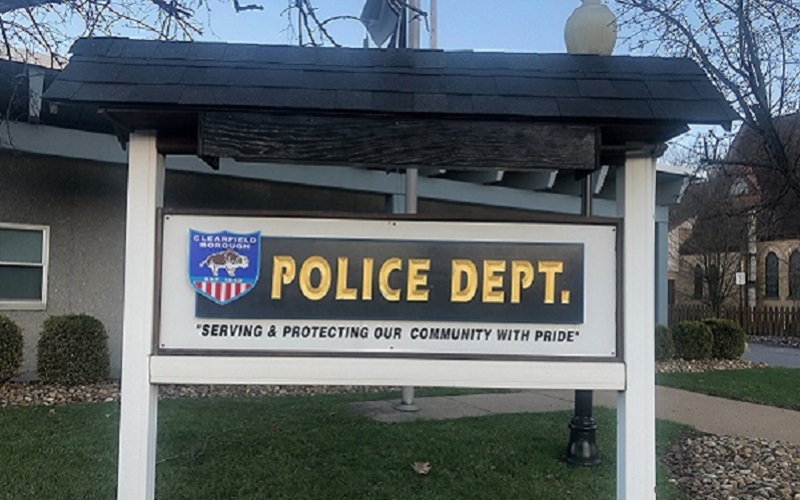 Clearfield, PA – Clearfield Borough Police have had a busy last couple of days, with incidents ranging from accidents and physical altercations to intoxicated people and even a dog that was inside a business.

In one case, police in Clearfield responded to an altercation at a South 3rd Street establishment, although they do not give the name of the business. They found that a glass entry door was broken during the fight. The investigation continues.

They also responded to a report of a dog that was inside a local business. They came and took custody of the dog, which was then returned to its owner. It’s unclear why the dog was left inside.

A man was also found laying in the roadway of West Locust Street in Clearfield recently. Police found that he was intoxicated, and he was transported by EMS to the hospital for treatment.

Police responded to a vehicle accident near the intersection of E Market St and 4th St. No injuries were reported and both vehicles were able to be operated from the scene.

Officers came to the aid of a female requesting mental health treatment. Police assisted the female with transportation to the hospital.

Clearfield Borough Police responded to an altercation at a S 3rd St establishment. Police arrived and found that a glass entry door was broken. Police are investigating.

Police responded to a ‘911 hang-up” call at a Zimmerman Ave address. Police arrived on scene and located a wanted a male. The male was taken into custody.

Officers responded to a report of a male laying in the roadway of W Locust St. Police arrived and found the male to be intoxicated. EMS transported the male to the hospital. Charges to be filed.

Police were dispatched to the area of Woodland Rd and E 8th St for a report of two females yelling at each other. Police located the females and found them to be intoxicated. They were provided a ride home and released to a sober party. Citations to be filed.

While on patrol, police located a male who was wanted by Pennsylvania State Parole. The male was taken into custody and transferred to custody to State Parole Agents.

Police received a report of a burglary at a Reed St business. Police are investigating.

Police received a report of a theft of alcohol from a Nichols St establishment. Police are investigating.

Officers helped a female experiencing a medical emergency. Police and EMS assisted the female to the hospital.

Police conducted a felony warrant service. The male involved was taken into custody without incident.

Clearfield Borough Police responded to a report of an altercation between two individuals. Police arrived and the parties agreed to separate for the evening.