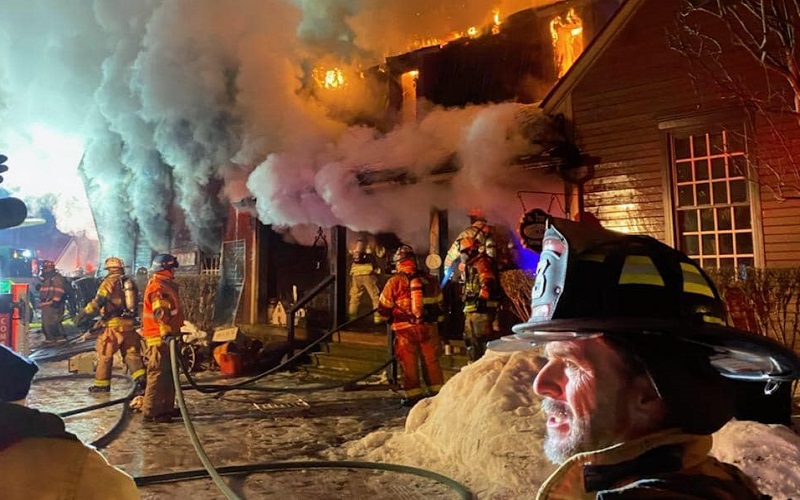 Sandy Township, PA – After several rekindles of the fire that destroyed The Inn at Narrows Creek bed and breakfast near Dubois, the fire itself is over and the cleanup and investigation begins.

The fire had started just before noon on Monday.

It consumed the garage at the property, and quickly spread to do extensive damage to the residence and bed and breakfast there, owned by Henry and Linda Shaffer.

The cause is undetermined at this time, and the investigation is ongoing.

The amount of damage has not been determined. The building is a complete loss, and fire crews have begun demolishing part of the building.

A special thanks to all of our local firefighters who responded, especially since they were called back to the scene multiple times that night and early the next morning.

Photo above is courtesy of Aaron Kulbacki from Station 73.

“Ever wonder what our fire station looks like after a fire? This is just part of what goes into cleaning our equipment and resetting our equipment after we return from a fire. Sandy Township Fire Department had quite a busy 24 hour period with a structure fire that crews wee called several times. This is the end result roughly around 1500 feet of hose lines cleaned and hanging to dry in the station. To say our crews and members are exhausted doesn’t begin to describe it but none the less we didn’t let that bring us down we pressed through this past 24 hours and freezing temperatures to ensure we provided the best service to our community. To everyone involved with the Narrows Creek fire should be proud of the job we did and the teamwork we accomplished. We still have plenty of work to do to finish getting cleaned up but for now it’s time to rest and recharge for the next call.”

Route 255 had to be shut down north of Interstate 80 close to the Treasure Lake front gates while fire crews worked at the scene.

Everyone was able to escape the building safely.

Although fire crews were able to quickly work together to extinguish the flames, the fire reportedly rekindled during the night.

Fire investigators have not yet said how they believe the fire started.

The Inn at Narrows Creek was built and opened in 1998 as a bed and breakfast, and it has hosted many happy weddings, celebrations, and guests throughout the years.

It’s undetermined the cost of the amount of damage that was done. The building is insured.

Although parts of the building may be salvageable, it appears that the bed and breakfast is likely a complete loss.

Photo courtesy of Aaron Kulbacki from Station 73, taken during one of the rekindles overnight. The fire reportedly rekindled at least five times. 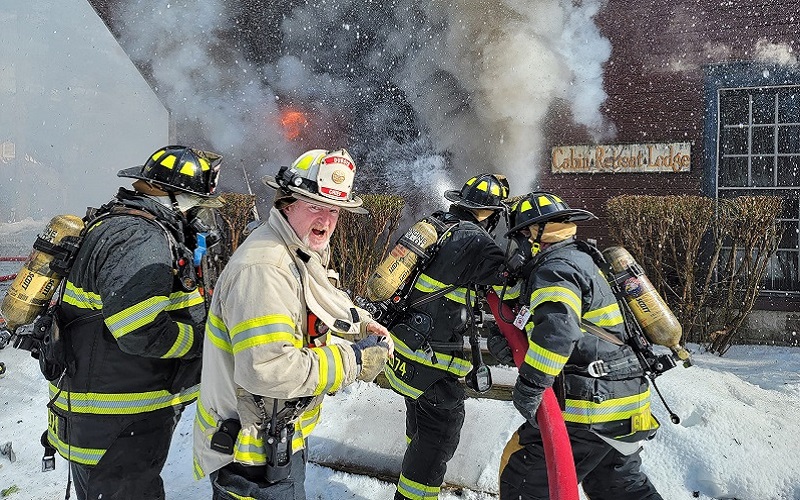