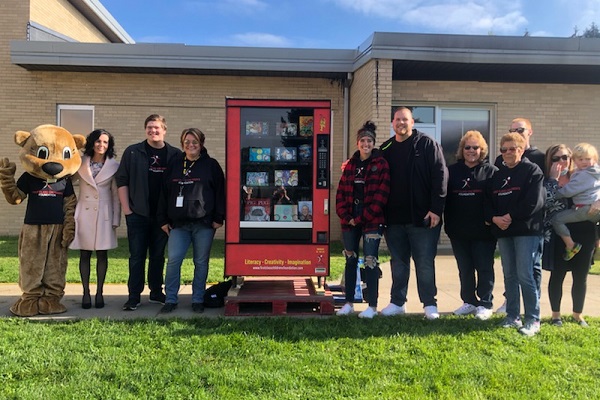 Matt Reed, the founder of First Class Children’s Foundation, has already done projects within the schools such as Imagination Boxes, which are personalized shoeboxes filled with student-selected books, school supplies, art supplies, and other treats.

This new vending machine, called The Imagination Station, runs on golden tokens that will be given to students at CG Johnson by their school teachers and staff whenever they do something good, such as a random act of kindness.

The books range from picture books to chapter books, covering a wide variety of topics and styles. They try to stock them with the best books that kids are excited to read! Some books are even signed by their famous authors!

The books that will stock the machine have already been donated, and Matt says there are enough for at least the next year.

If you would like to donate, a monetary donation is appreciated. Because the landscape of children’s books changes quickly and they want to stock titles that kids are eager to read, they will wait to purchase books until they need a new selection.

Half of the cost of the machine was covered by Jennifer Reynolds-Hamilton, who said she was happy to see the smiles on the kids’ faces as they saw the vending machine. She’s hoping to continue to help Matt and the rest of the team provide vending machines for other schools within the district.

Callie Hynds, a student at CG Johnson, is also responsible for part of the donations that made the vending machine possible. She first had a bake sale at the Sub Hub in Reynoldsville, raising $500 for FCCF. She was invited to be part of the Cars and Coffee event for FCCF and ended up raising a total of about $2,000!

Callie was honored with picking out the first book from the vending machine. She was given the first golden token and chose Charlotte’s Web.

Below: The vending machine is unveiled

Below: Callie Hynds picks out the first book

Jennifer Reynolds-Hamilton, who donated half of the cost of the new book vending machine at CG Johnson Elementary, talks about why it’s close to her heart. 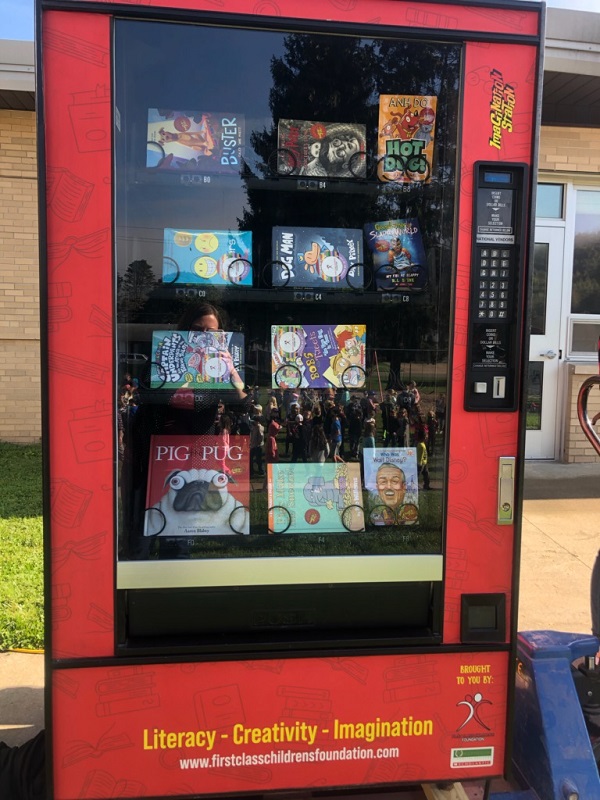 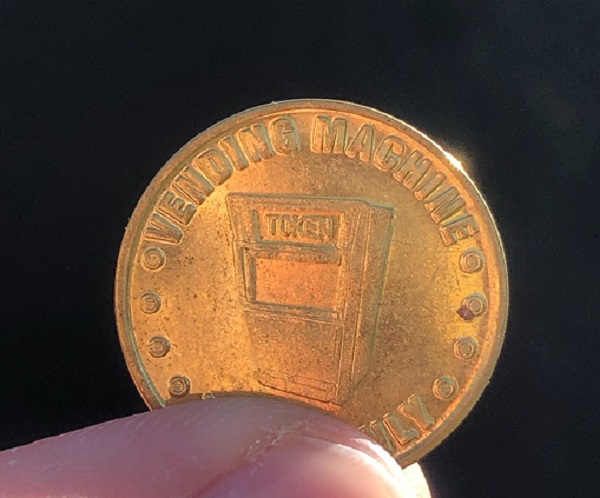 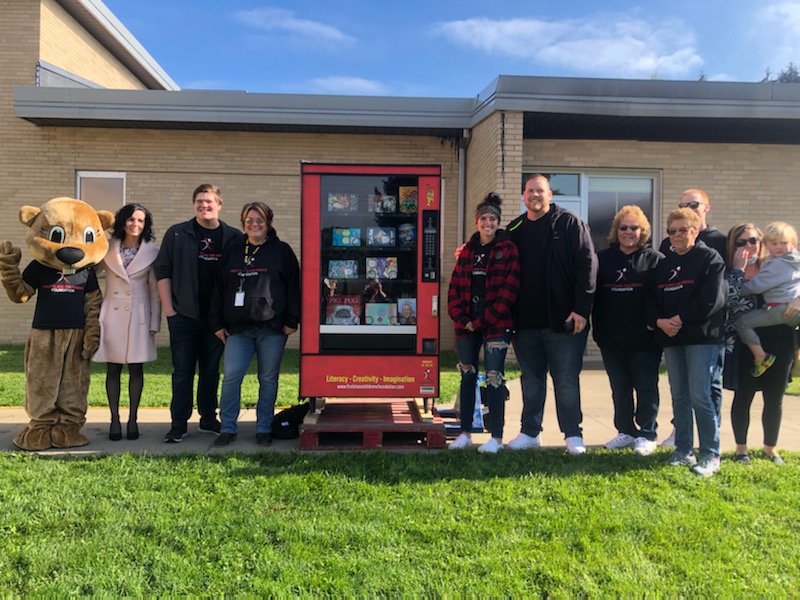