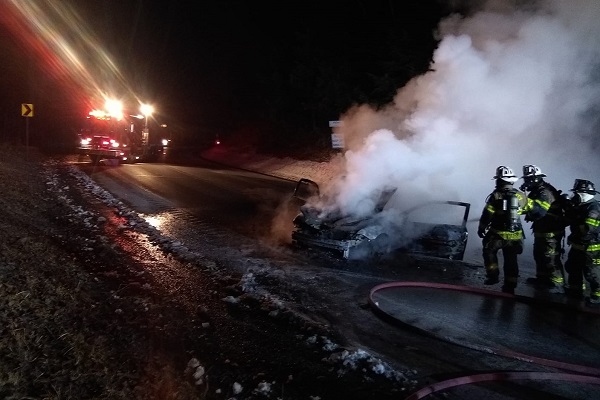 Mahaffey, PA – A high speed chase from Clymer to Mahaffey ended in a vehicle fire and the suspect being taken into custody.

The Grampian Penn Bloom Volunteer Fire Company was one of the first fire departments on scene.

They say that the chase ended around 1 a.m. Sunday about 4 miles from Grampian, near the intersection of the Mahaffey Grampian Highway and Bell Run Road.

Troopers from three different state police barracks were involved in the chase, but they don’t identify the suspect or what crimes the person had allegedly committed.

Thanks to our first responders for handling this situation and keeping us safe at all hours of the day and night!