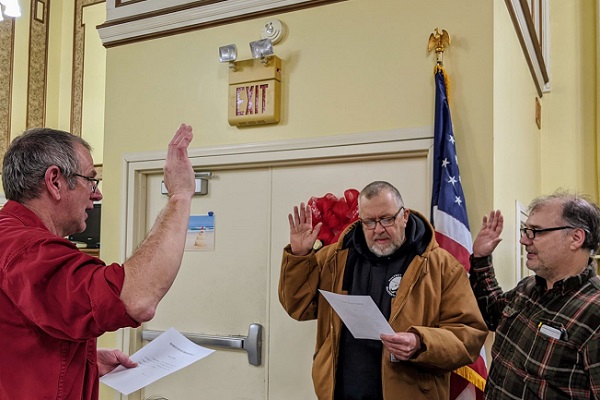 Brockway, PA – The Brockway Borough Council continued to hear from a resident that the Martino’s Bilo dumpster is open.

The resident has come to several meetings to complain about the smell from the open dumpster at Bilo. She also said that the new sewer line into Bilo cut through the lane beside her house and the trees she planted there. She had gotten permission from the borough to plant the trees when she moved in because the lane is a right-of-way. She was asking for permission to plant them again.

The Brockway Fire Department had five calls in the borough. They are alerting residents that there will be several training exercises in the area during the next few months, so the increased movement of fire equipment does not necessarily indicate an emergency.

The council thanked its part-time police officers and the Pennsylvania State Police for providing coverage for the borough. The part-time officers have increased hours so the borough is not feeling the loss of the full-time chief of police. The council held an executive session after the regular meeting to go over applications they received for the full-time position.

Mayor Bill Hrinya administered the oath of office to Emerson Turnbull for the borough health officer position and Mike Martino for borough council.

Finally, the council told residents around the intersection by Sheetz that there will be people in the area doing surveys.

Listen to the audio from Council President, Chris “Smoke” Benson.

The council will meet again March 5.

Clearfield and Lawrence Township police departments get prepared to consolidate