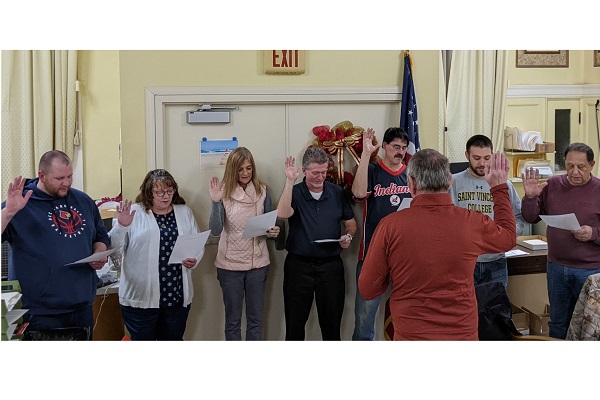 Hrinya began his sixth term as Brockway’s mayor. He administered the oath of office for his wife, Melissa, and son, Dalton, as they took over as tax assessor and auditor, respectively. Hrinya also administered the oath of office for returning council members Ed Horner, Armando Fortunato, Rich Renwick, and Lugene Inzana. The council brought in Jennifer Challingsworth as the new borough health officer, and Leslee Galluzzi will be the new borough tax collector.

Chris “Smoke” Benson is continuing as borough president while Mike Martino will be the vice president.

Hrinya won his sixth term as Brockway mayor. He was a member of borough council before that. He said that the council has always worked well with the mayor, and he appreciates the members of the council. He also said he’s thankful that the borough trusted him with another term.

Listen to the audio quote from Brockway Mayor Bill Hrinya.

The borough found out that the 2022 Ford F-750 will be $1000 cheaper than expected. They also learned that the fire department will be celebrating its 188th year.

The fire department ended 2021 with 11 alarms since the November meeting. Five of those calls were in the borough: two alarm malfunctions, a medical assist, a motor vehicle accident, and an accidental alarm activation.

The January meeting was held on Tuesday for organizational purposes. The next meeting will be February 3 at 7 p.m. in the borough building.