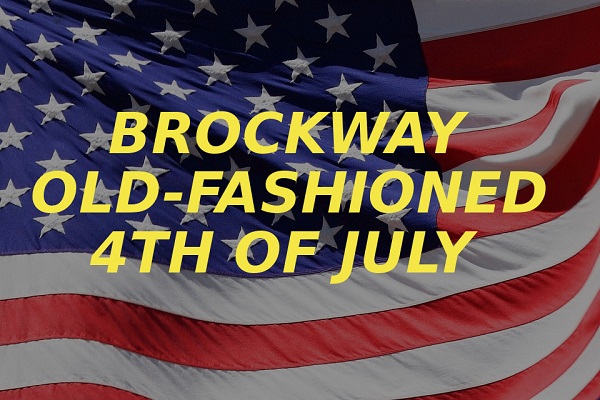 Brockway, PA – Brockway Borough Council is moving forward with a lot of summer plans, including the Brockway Old-Fashioned 4th of July celebrations and the Awaken Concert in August.

The council opened up its May meeting with several updates from the community.

The Awaken Concert is planning on bringing three bands to Brockway on August 7. This will be the fourth year for the Christian concert, although the 2020 show was cancelled due to COVID.

The Fourth of July Committee also announced that it was moving forward with a celebration this year. The event will run from Friday to Sunday, July 2-4, but there will not be a Tour de Brockway this year due to construction along the route. The committee said they are working on filling the days with activities for everyone, ending with the parade and fireworks on July 4. Council President Chris “Smoke” Benson said that he hopes both events can happen as planned, and as long as the country continues to head toward reopening completely, he expects that they will.

Also in the public entertainment sphere, the pool at Taylor Memorial Park is still looking for a manager and lifeguards, and the Brockway Recreation Board is hoping to get more applications so it can open on time.

The council officially met Police Chief Troy Bell during the May meeting. Bell has been on the job in Brockway for a month and said everything is running smoothly.

Fire Chief Mike Hoskavich updated the council on the fire department. The department had 13 calls for service, with three in the borough including a controlled burn on Arch Street. The fire department has resumed selling donuts, and Hoskavich said they will have more for the June 6 sale since they sold out quickly this month.

Two lights were knocked over at Taylor Memorial Park. One was covered by the driver’s insurance, but the other will have to be fixed by the borough since the culprit did not come forward.

Finally, Business Owner Ron Matson came to the meeting to talk about the intersection project by Sheetz. Matson said that PennDOT told him that the estimate came in at over $3 million, which is $1 million more than the grant for the project. Benson said that the goal is to keep the $2 million in Brockway, and he is trying to get a meeting set up to discuss the estimates.

Listen to the interview with Council president Chris “Smoke” Benson.

The Brockway Borough Council will meet again June 3 in the Brockway Ambulance Building, but hopes to have its July meeting back at the borough building.