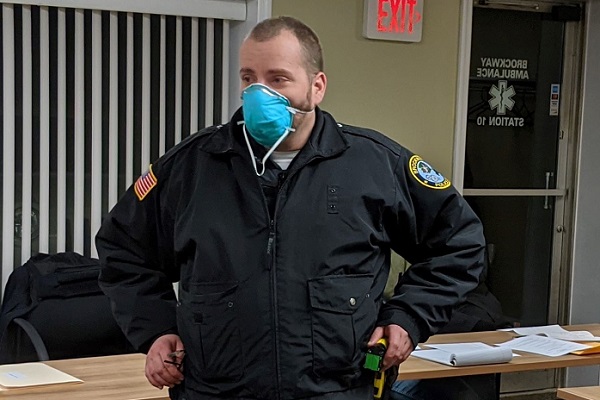 Brockway, PA – The Brockway Borough Council opened its March meeting with visitors from the community.

This is one of the first times since the COVID-19 pandemic started that the borough council had more than one or two visitors at a time. Local business owners Ron Matson and Paula Powers came to talk about the proposed intersection project along Route 219, Peter Varischetti updated the council on the progress of the Taylor Memorial Park project, and Brockway Schools Superintendent Jeff Vizza gave some information to the council.

Matson and Powell were concerned about the project and how long public comments were available on PennDOT’s website. Matson asked the council to keep considering comments from the public as more are coming in even though the comment period has closed. The project is still in planning phases, and the council is waiting on a cost analysis.

The fire department had 12 calls for service since the February meeting. They responded to three in the borough. The one call was first thought to be a fire call, but it was an overheated furnace. The fire department will sell donuts again starting the weekend after Easter.

The Brockway Pool is looking for lifeguards. Residents 15 and older are invited to pick up an application form the borough.

The borough hired a full-time police officer. Officer Jason Arthur has been working part time for the borough, but is now moving into a full time position. Arthur visited the council to introduce himself.

Council President Chris “Smoke” Benson said he was happy to have Arthur on board.