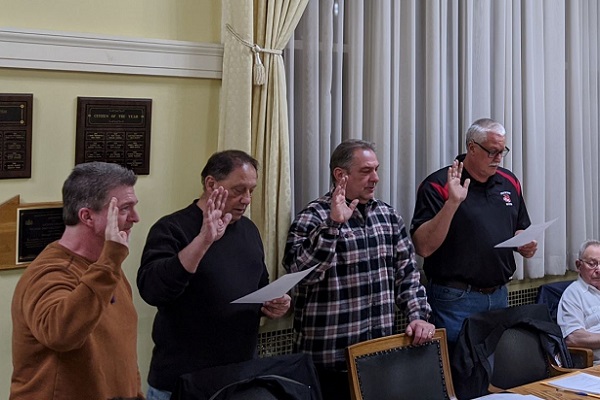 Brockway, PA – The Brockway Borough Council started out the new year with word that the dumpster problem behind Martino’s Bilo is not resolved.

The resident who raised the concern in October said that the dumpster lids have been open more since the meeting in October. She just had not come to tell the council until now. Council President Chris “Smoke” Benson said that the council thought the issue had been resolved, so they would have to look into it again.

The council also got an update from Peter Varischetti on the progress on the Taylor Memorial Park Revitalization Project.

Varischetti said that the hope is to get the permits done in the next month, look for construction drawings and go to contractors in February, and begin construction in April.

The council also swore in returning members after November’s election. Mayor Bill Hrinya administered the oath of office for Ed Horner, Lu Inzana, Brian Buesink, and Chris “Smoke” Benson. Mike Martino was not present at the meeting to be sworn in for his new term.

The Brockway Borough Council will meet again February 6 at 7 p.m.

In November 2019, Brockway Borough was awarded $245,900 for the rehabilitation of Taylor Memorial Park, which will include the construction of a plaza, comfort station and pedestrian walkways; installation of utilities; and ADA access, landscaping, project sign and other related site improvements.

A photo of the zipline in Taylor Memorial Park, Brockway 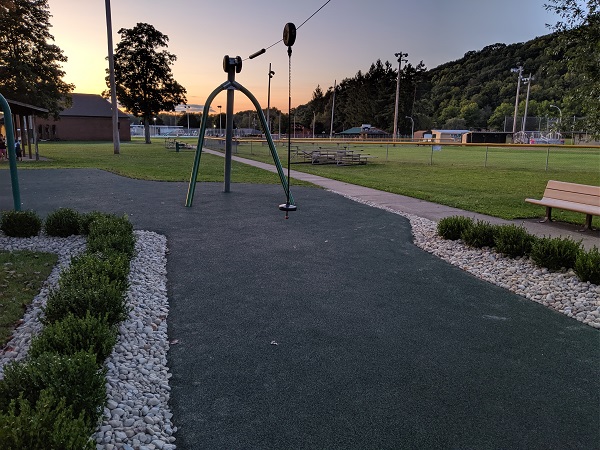